Today Google has released a new version of its Google Chrome Beta which enables users to be able to grant web apps access to users web cameras and microphones without the need for plug-ins to be installed. Watch the video after the jump to see an explanation of the technology used, from the recent Google I/O developer conference. 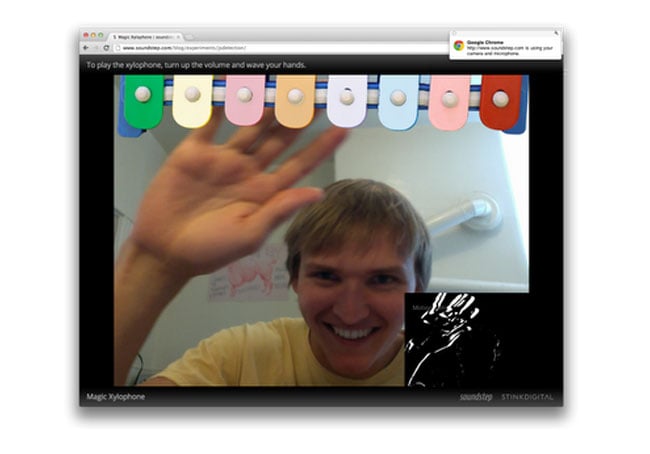 You can give the new API a try in the demo which has been setup by Romuald Quantin and Magnus Dahlstrand at Stinkdigital. Called the Magic Xylophone that allows you to play tunes direct from within your web camera feed, by move your hands to the Xylophone notes.

Other features included in the latest Chrome beta release include improved Google Cloud printing, which can nor be performed from direct within Chrome’s print dialog. Enabling you to easily print to either a Google Cloud printer, Google Drive or Chrome on your mobile phone. You can now download Chrome Beta and give it a try yourself.