Rumours are circulating that Google might be preparing to unveil a new Google Babble service that has been designed as a unified messenger, that will be unveiled at this years Google I/O event.

Following on from yesterdays leak of Google Keep the new note taking service which is currently under development by Google, and which is expected to integrate with Google Drive, Google Babble is a new messaging service that is also unannounced. 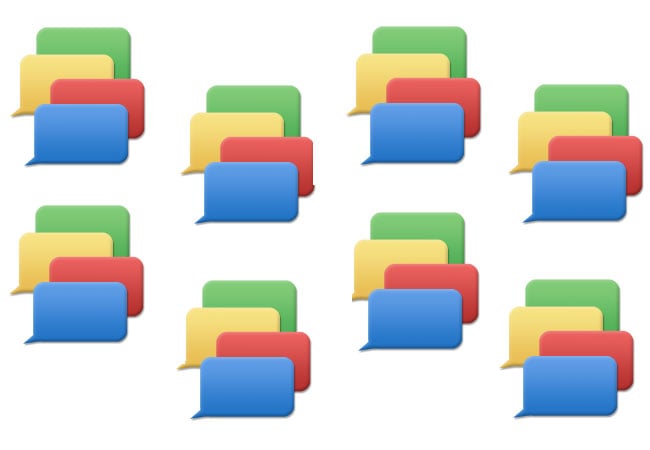 Russell Holly from Geek.com, unveiled the Google Babble story and says that it is likely to be unveiled at Google I/O in mid-May. Google Babble details are very scarce at the moment but Holly claims the report comes from multiple sources that have remained undisclosed at the present time. Google hasn’t officially confirmed anything as yet but both Google Babble and Google Keep might be unveiled together during the Google I/O event.

It’s not the first time that Google have ventured into the messaging market and Google Talk and Google Messenger are testimony to this. Lets hope that Google can get it right this time with the launch of their new Google Babble service in the coming months, and integrate their other services into the Google Babble architecture.