Flutter the hand gesture interface development company which creates a has been acquired by Google for an undisclosed sum of money.

No details on the price or the terms of the deal were released have been released by either part but the Flutter website announced the deal which will see the Flutter team continue its research at Google. Watch the video below to see the Flutter gesture control technology in action. 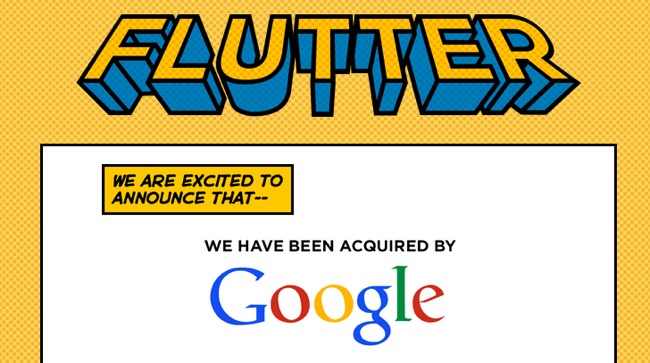 A Google spokesperson has confirmed the acquisition of Flutter by saying : “We’re really impressed by the Flutter team’s ability to design new technology based on cutting-edge research. We look forward to supporting and collaborating on their research efforts at Google.”