Google has been the top search engine for quite some time, and new search engines like Microsoft’s Bing have struggled to catch up with Google, and now it looks like Bing has actually been copying Google’s search results.

Google noticed that some of the search querries in bing were identical to the results in Google, so they decided to monitor Bing’s results and even set a trap to catch Bing out. 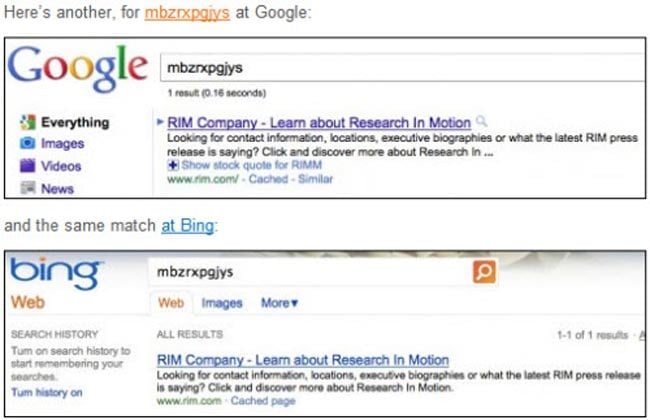 Google set up some fake search results for keywords like “hiybbprqag”, “mbzrxpgjys” and “indoswiftjobinproduction”, and they found out that Bing had copied the exact same results, Google’s Amit Singal had the following to say about it.

It’s cheating to me because we work incredibly hard and have done so for years but they just get there based on our hard work. I don’t know how else to call it but plain and simple cheating. Another analogy is that it’s like running a marathon and carrying someone else on your back, who jumps off just before the finish line.

Harry Shum from Bing responded with the following statement “If you look at how each search engine ranks the results, Matt Cutts is referring to a few outlier examples. It’s not like we actually copied anything. We actually learn from our customers. Do you mean that Google owns the data?”

No doubt we will be hearing more about this over the next few days, and it will be interesting to see what happens.