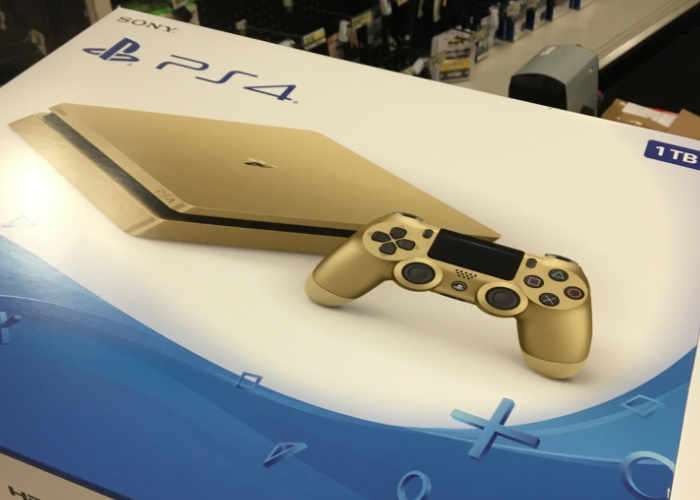 If leaked images are real it seems that Sony is gearing up to launch a new Gold PlayStation 4 in the imminent future equipped with a 1 TB hard drive.

At the current time Sony has not mentioned any news about launching a Gold PlayStation 4. Which is pictured above and takes the form of a regular, slim PS4, rather than the PlayStation Pro.

The image was spotted at Target the US retailer’s and the image has been verified as genuine, says Eurogamer. A Target store employee snapped the photographs in the warehouse and uploaded them to the Reddit website for all to see. The Target employee also says that the Gold PlayStation 4 will be on sale from June 9th 2017 although no pricing details have been revealed as yet.

Sony has been contacted regards the Gold PlayStation 4 edition console but as yet has not responded. As soon as any more details are announced or leaked we will keep you up-to-date as always.