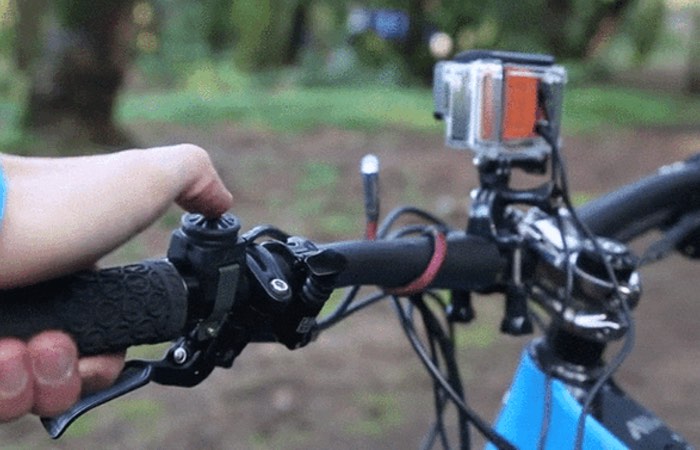 POA Labs has created a new hands-free GoPro shooting system called the GoHawk, which adds an external universal shutter button input as well as a wired remote LED indicator for helmet use to the action camera.

The GoHawk GoPro system has this week launched on Kickstarter looking to raise $20,000 over the next 60 days to go into production. GoHawk is the first GoPro expansion pack that adds three new types of functionality to your GoPro Hero4, say its developers.

Check out the promotional video below to learn more about this new GoPro accessory.

The GoHawk is compatible with Bacpac backdoors and the GoPro Frame mount, features of the GoHawk system include :

– Remote shutter button input. Save time by only shooting the photos you want, not the ones you don’t. Choose from a hands-free mouth switch or thumb triggered handlebar switch, or use your own switch with the universal 2.5mm port.
– Remote LED indicator lets you know that your camera is on and recording. Mount it in your helmet or wrap it around your handlebars.
– Auxiliary USB Power Input for extended shooting. You’ll never run out of power again with our auxiliary USB power input. It’s compatible with most standard USB battery packs, so you’ll always be powered up.

For more information on the new GoHawk jump over to the Kickstarter website for details by following the link below.