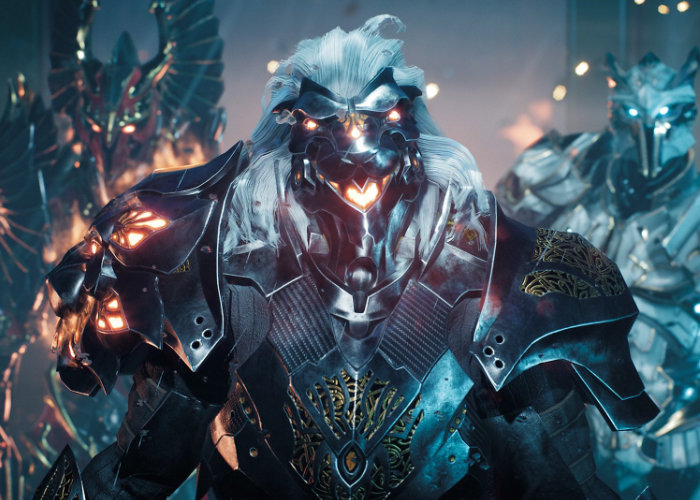 Dick Heyne Technical Producer at Counterplay Games the games development studio responsible for creating the highly anticipated PlayStation 5 Godfall Dame has taken to the official PlayStation blog this week to reveal more details about how the company has used both the high-speed SSD and DualSense controller to make combat “feel just right”.

Godfall is an upcoming action role-playing game that will be officially launching on the PlayStation 5 and PC systems on November 12th 2020. Godfall is a “first-of-its-kind, looter-slasher, melee action-RPG”, set in a “high fantasy setting”, split into the realms of Earth, Water, Air, Fire and Spirit, during which players take the role of one of the last exalted Knight’s Order to prevent a major apocalyptic event. Five weapon classes are available to choose from offering varied armour sets and equipment to choose from.

“Everyone at Counterplay Games is pumped to be launching on PlayStation 5. The process has been a thrilling ride as we’ve had the new tech presented and demonstrated to us pretty much every step of the way. We made the decision early on that we would leverage PS5’s capabilities as much as possible to help showcase the magic behind the hardware. We wanted to be pioneers. The result is a unique melee combat system that will engage players in new and exciting ways.

At a high level, the DualSense controller really lends itself to a more engaging gaming experience. I personally can’t wait to see how other developers are leveraging the haptics to enhance their game’s core experience. I have had a lot of fun imaging all the use cases in platformers and shooters. But that’s a discussion for another time!

Not only have we been tuning the haptic feedback on a per weapon class basis – we’ve dug into the individual attacks and tuned them to get the feel just right. We really wanted to challenge ourselves to push the limits of this system, aiming to have the players feel each and every swing. We all know the rhythm of combat in action melee games can make or break the experience. Prior to working with the DualSense controller’s haptic feedback, you could see the rhythm of Godfall’s melee combat. But thanks to SIE, you’re now able to feel it as well.”

To learn more about the combat within the upcoming Godfall game which is now available to preorder with extra bonus gear on offer, jump over to the official PlayStation blog by following the link below.