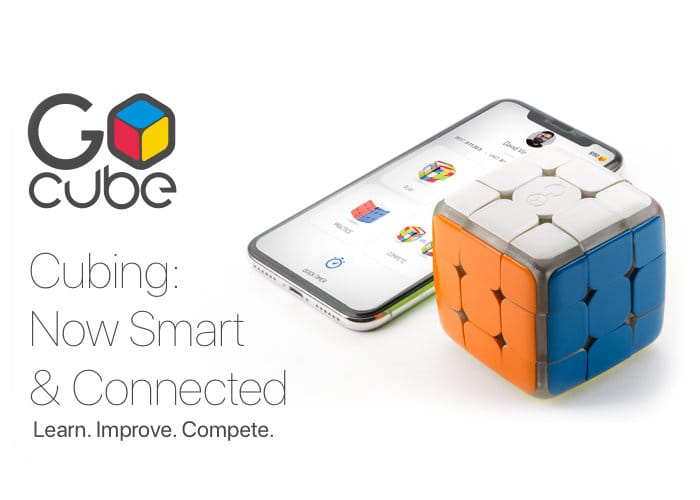 A new smart connected puzzle has been launched by Kickstarter this week inspired by the classic Rubik’s cube puzzle first launched back in 1977 and designed by inventor Ernő Rubik. GoCube As a next-generation version of the Rubik’s cube and offers a smart connected puzzle with tracking and companion application to help you learn, improve and complete the puzzle with ease.

Watch the demonstration video below to learn more about the GoCube which is now available to back via Kickstarter with early bird pledges available from $59 or £44. Offering a considerable 50 percent discount off the recommended retail price which will take effect once the crowdfunding campaign comes to a conclusion. If all goes well worldwide shipping is expected to take place during March 2019.

“Since its invention in 1974, the cube has captured the minds and hearts of people all over the world. But not much has really changed since. But now, we completely re-engineered the iconic puzzle toy- we’ve updated the classic cube into a modern super-puzzle with brains that does it all and answers it all. Plus, it introduces a whole new way to battle. Whether learning, improving, battling or playing, the GoCube app takes your cubing to the next level. And it’ll be readily available and free on iOS and Android. “

Visit the official Kickstarter campaign page by following the link below for more details and a full list of all available pledges.