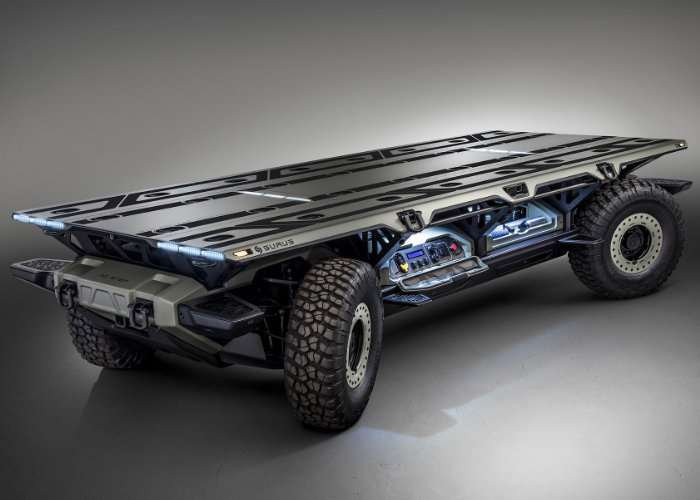 General Motors (GM) has this month unveiled a new autonomous track which is capable of providing a range of up to 400 miles thanks to its electric fuel cell technology.

The autonomous truck has been created by GM to solve some of the toughest transportation challenges created by natural disasters, complex logistics environments and global conflicts. GM is evaluating multiple applications for SURUS, such as:

Features and Specifications include :

SURUS will deliver highly mobile autonomous capability and agility in unpredictable terrain. Operating multiple vehicles in a leader-follower configuration could reduce manpower needed. For future potential military uses, the system’s inherent low heat signature and quiet operation offer benefits in environments to reduce detection and risks. TARDEC has been in discussions with GM evaluating the commercial SURUS concept as a next step of the broader collaboration to evaluate fuel cell technology for future military applications.

Jump over to the official GM website via the link below for more details.