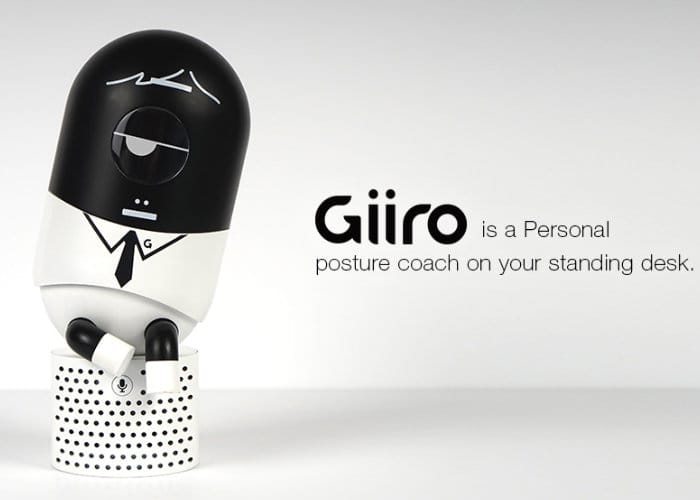 Those of you that use standing desks may be interested in a new personal posture coach called Giiro which consists of a small desktop helper and standing mat equipped with 600 sensors with 1,024 levels of pressure. “Using a standing desk for eight hours puts extreme pressure on your Posture. Giiro Mat’s soft surface has been designed especially for use with standing desks. “ Watch the demonstration video below to learn more about the new posture monitoring system which has this week launched via Kickstarter.

“People sit at their desks for more than 8 hours a day at work. And they know it destroys their posture and balance – that’s why many turn to standing desks and standing mats. But without a good habit and practice, they are right back to poor posture even while standing up. “

Pledges for the standing mat are available from $99 for super early bird backers with worldwide delivery expected to take place during December 2018. “Giiro Mat is a mat for standing desks. The soft and cushy Giiro mat not only relieves stress on your feet, but also monitors how much weight you’re putting on your left or right foot in real time, and syncs the data with Giiro Posturebot and Giiio app.”

Jump over to Kickstarter via the link below for a list of all available pledges, specifications and stretch goals.