Details have been released about Gigabyte’s first Google Android powered smartphone, although as yet it doesn’t have a name built in will be part of their GSmart series.

The Gigabyte GSmart Android smartphone will come with Google Android 1.6, and it will feature a 2.8 QVGA inch touchscreen display, an accelerometer, a trackball, GPS and a two megapixel camera with built in auto focus. 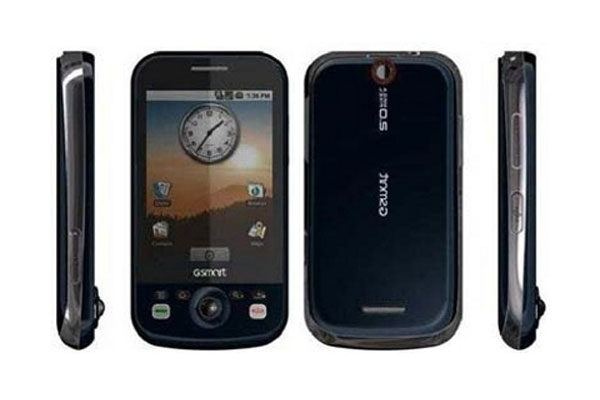 Other specifications include, WiFi, Bluetooh, plus 256 MB of RAM and 512MB of ROM, there is also a microSD card slot for memory expansion and a 1,500 mAh battery, plus a 3.5mm audio jack.

The Gigabyte GSmart Android smartphone will be available in Russia next month for about $300, there are no details as yet on when we are likely to see it arrive in the US and Europe.