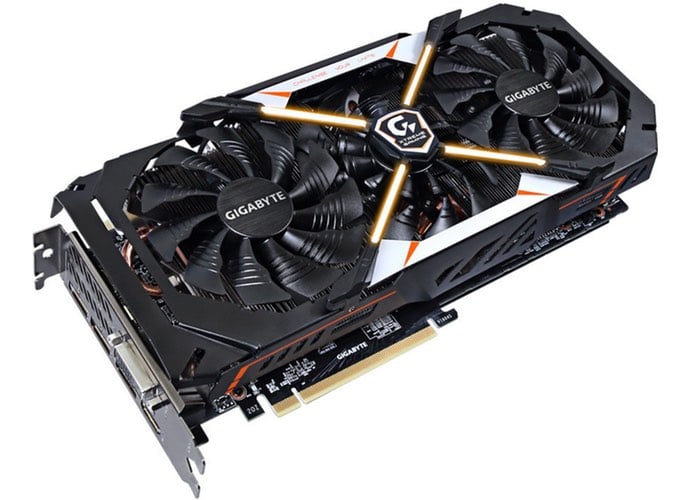 Gigabyte has today unveiled a new flagship graphics card it has created in the form of the Gigabyte GeForce GTX 1080 Xtreme Gaming which is equipped with Gigabytes highest factory overclock for the GTX 1080.

Offering gamers and those needing extra performance every bit of power from the new range of graphics cards. The latest addition flagship card features a custom-design PCB with a strong VRM, and a “meaty new custom design cooling solution” explains Gigabyte.

Equipped with Gigabytes new WindForce Stack 3X cooling system maximises airflow to the heatsink and consists of the middle fan being slightly more recessed than the two outer. Gigabyte explains more about the features you can expect to enjoy once you get your hands on the Gigabyte GeForce GTX 1080 Xtreme Gaming graphics card. 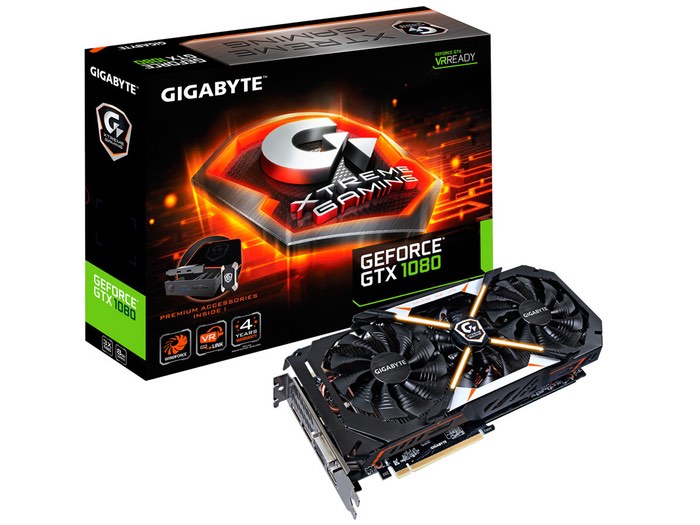 The cooler also features RGB LED lighting on an X-shaped design element, and a logo on the top of the card, right next to its two 8-pin PCIe power inputs. The cooler comes with a back-plate. GIGABYTE is including quite a few useful accessories with the card, including a 2U-spaced SLI HB bridge, a front-panel that fits into a 5.25-inch drive bay, giving you two HDMI 2.0b ports, and a pair of USB 3.0 ports relayed from your motherboard header; or a rear-panel bracket that puts out those two HDMI 2.0b ports from the card. GIGABYTE is backing the card with a staggering 4-year warranty (online registration needed).

Unfortunately no information on pricing or worldwide availability has been released as yet by Gigabyte, but as soon as information comes to light for the GeForce GTX 1080 Xtreme Gaming we will keep you updated as always.