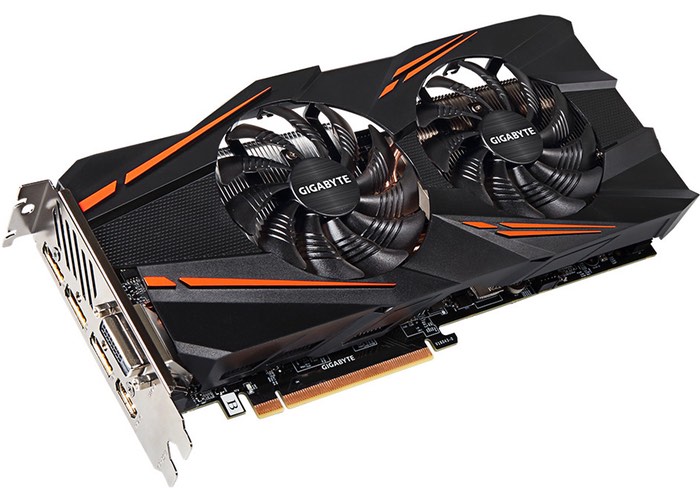 GIGABYTE has today announced a new addition to its range of graphics cards with the official unveiling of the “cost-effective custom-design” GeForce GTX 1070 graphics card in the form of the GTX 1070 WindForce OC model number : GV-N1070WF2OC-8GD.

As the name suggests the new GIGABYTE GeForce graphics card is equipped with a cutdown version of the WindForce 2X cooling solution than the WindForce 3X the GTX 1070 G1 Gaming graphics card ships with and takes the form of a more compact twin aluminium fin stack heat shrink that is ventilated by a pair of 90 mm fans.

When the graphics card is under very little load the fans automatically cut off to provide a little peace and quiet between the more power hungry requirements when the twin fans will kick back in. GIGABYTE explains little more about what you can expect as far specifications from the new GIGABYTE GeForce GTX 1070 WindForce 2X Graphics Card

The card also serves up a small factory overclock of 1582 MHz core, 1771 MHz Boost in “OC mode” and 1556 MHz core, 1746 MHz Boost in “Gaming mode,” against NVIDIA reference clocks of 1506/1683 MHz. The memory is left untouched at 8.00 GHz. The card draws power from a single 8-pin PCIe power connector. Display outputs include three DisplayPort 1.4, one HDMI 2.0b, and one dual-link DVI. We expect this card to be priced closest to the $379 baseline NVIDIA set for this SKU, among GIGABYTE’s GTX 1070 lineup. 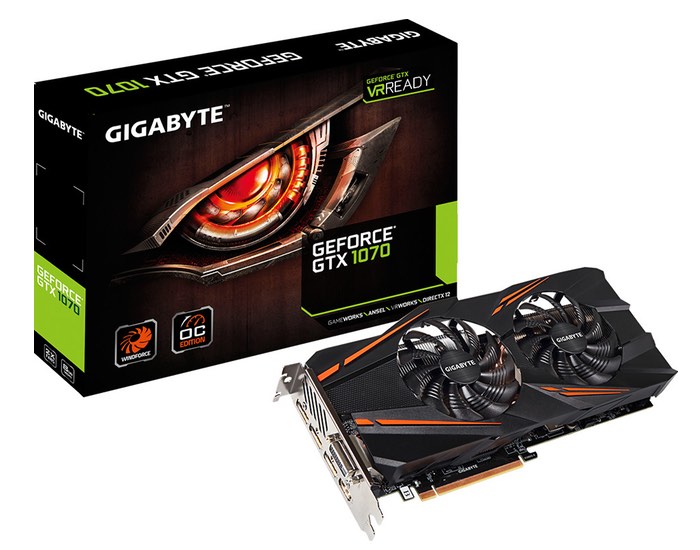 For more information on the new GIGABYTE GeForce GTX 1070 WindForce 2X Graphics Card jump over to the official GIGABYTE website for details via the link below.