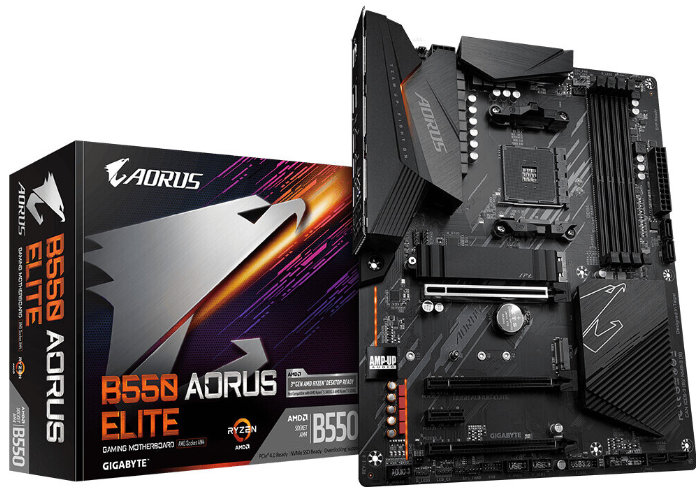 Gigabyte has this week introduced its new range of motherboards in the form of the B550 AORUS designed for third-generation AMD Ryzen desktop processors. The B550 AORUS motherboards features PCIe 4.0 with up to Direct 16 phases of digital power design as well as native USB 3.2 Gen2 interface, feature-rich I/O with a pre-installed I/O shield. Chris Kilburn, corporate vice president and general manager, client component business unit, AMD explains :

“AMD is excited to bring the power of 3rd Gen AMD Ryzen desktop processors and cutting edge PCIe 4.0 support to the mainstream users with our latest AMD B550 chipsets. With overwhelming platform support from our partners at Gigabyte, AMD is confident these new B550 platforms will provide flexibility and power never seen before on a mainstream platform.”

“The B550 AORUS MASTER integrates three PCIe 4.0 x4 M.2 slots layout directly from the processor which allows users to allocate the bandwidth between PCIe and M.2 slots accordingly, even to build a NVMe M.2 SSD RAID 0 array which can achieve up to 12700 MB/s in write speed, bringing the performance of PCIe 4.0 VGA cards and SSDs into full play.”

For more details and full specifications on all the new motherboards in the B550 AORUS range jump over to the official Gigabyte website by following the link below. Unfortunately, no information on pricing or worldwide availability has been released as yet Gigabyte, but as soon as information comes to light, we will keep you updated as always.