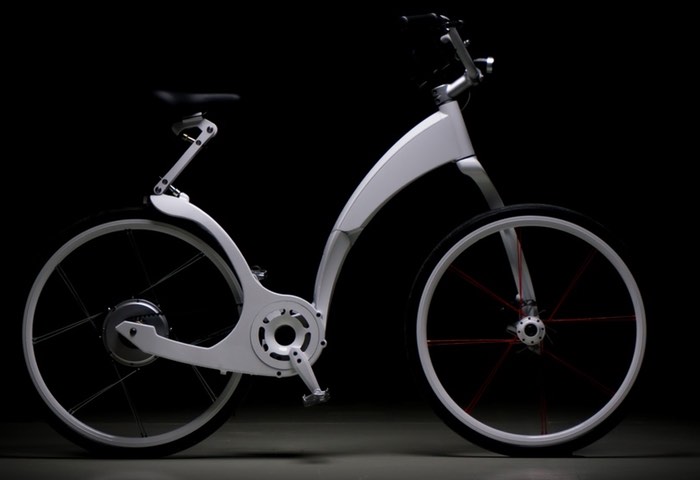 A new electric bike has been created called the Gi FlyBike, but is capable of being folded in just one second, check out the video below to see the mechanism of action.

The Gi FlyBike has been designed by a team based in New York and has taken to the Kickstarter crowdfunding website to raise the $75,000 goal to make the jump into production.
With still seven days remaining on the campaign the project has raised over $350,000 thanks to over 250 backers. Its creators explain little more about the inspiration and functionality of a very unique electric folding bike.

Gi FlyBike is an electric, smart, maintenance-free, folding bicycle with full size, 26” wheels that we created for the future of urban commuting. Crafted from ultra lightweight aircraft grade aluminum, Gi FlyBike can be taken anywhere––bus, train, office, elevator, or locker––without compromise. Gi FlyBike gives people exactly what they need. Freedom to ride without excess or restraint.

Last year we launched a Kickstarter campaign for the first iteration of the bike that validated our concept, design, and features. We gained worldwide attention, with over 49,000 website mentions and coverage in more than 400 media publications.

Our last campaign led to the newer, more affordable, patent-pending Gi FlyBike, and a bigger and more dynamic team. We have built partnerships with Incutex, Goodwin Procter, Ribcap, DannyShane, Santex and New as well as an incredible mobile app. TUV, the Technical Inspection Association, now ensures that Gi FlyBike complies with European laws for electric bikes.

For more information on the new Gi FlyBike jump over to the Kickstarter website for details.