Getac, makers of rugged PCs have announced the launch of the Getac V100 Tablet PC, with a multitouch display that can be used with or without gloves.

The Getac V100 features a resistive multitouch display, which means users can use the touchscreen with gloves, unlike devices like the iPhone which use a capacitive touchscreen. 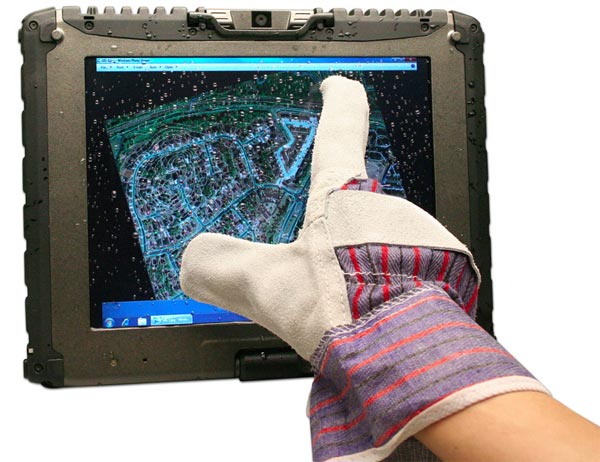 The new Multi-Touch technology uses a series of single touch, dual touch, “flick,” and application gestures.  Users of Getac’s V100 Tablet PC will now be able to quickly and easily perform numerous on-screen tasks such as move, copy, delete, zoom, and rotate by simply touching the screen and performing the task desired with their fingers.

Getac’s Resistive Multi-Touch technology is not based on capacitance sensitivity, which means users can perform these actions, and many others while wearing protective gloves.  This makes it ideal for industrial and field professionals who work with dangerous chemicals or perform their job in extreme weather conditions.  Even with gloves, the sensitivity and accuracy of the multi-touch screen is extremely high. The screen features 2048×2048 resolution, 100 points per second report rate, and less than 35ms response time.

The Getac V100 Tablet will go on sale later this month, and will come with Windows 7, there is no word on pricing as yet.