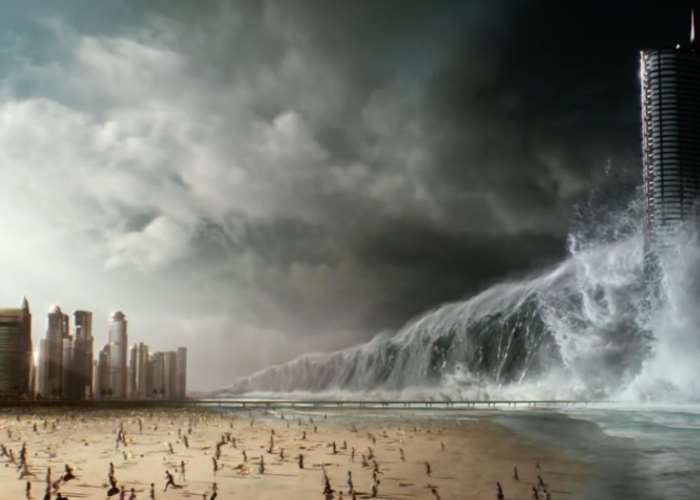 A new trailer has been released this week for the upcoming new science fiction disaster movie GEOSTORM which stars Gerard Butler and will be arriving in theatres worldwide on October 20th 2017.

Check out the teaser trailer below to learn more about what you can expect from the science-fiction storyline about a network of weather satellites that have been created to control the Earth’s climate have gone rogue.

Butler stars as Jake, a scientist who, along with his brother, Max, played by Sturgess, is tasked with solving the satellite program’s malfunction. Cornish stars as Secret Service agent Sarah Wilson; Lara as Ute Fassbinder, the ISS astronaut who runs the space station; Wu as Cheng, the Hong Kong-based supervisor for the Dutch Boy Program; with Garcia as U.S. President Andrew Palma; and Harris as Secretary of State Leonard Dekkom. The film also stars Adepero Oduye (“The Big Short,” “12 Years a Slave”), Amr Waked (“Lucy,” “Syriana”), Robert Sheehan (“The Mortal Instruments: City of Bones,” “Season of the Witch”) and Eugenio Derbez (“Instructions Not Included”).