You can see GeoHot’s reason below in a excerpt that was posted on his blog, I guess if you are not having fun doing something anymore then that is a good time to quit. 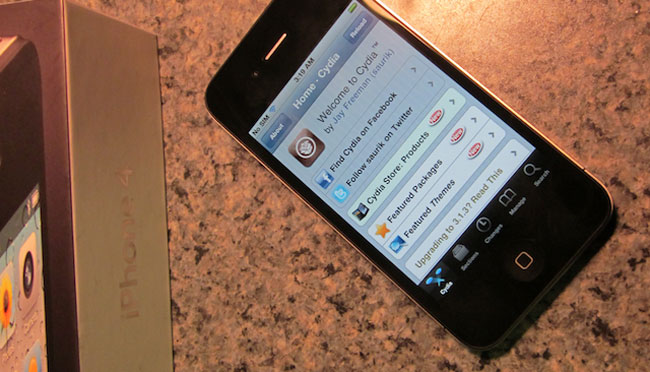 Sorry, this post was probably a bad idea. Next time I won’t say anything. I miss when this blog was actually about technical things(I’ve been reacting too much to the feedback, which led it to the place it’s in now). I didn’t fully realize most of the current scene don’t care unless they are getting something. Now I do. It’s late tonight, I’ll think about what to do about this in the morning.

The real reason behind no release isn’t technical. It’s just that it will never stop, after blackra1n, people demand unlock, after blacksn0w, people demand untethered. I miss the days when jailbreaking and unlocking were difficult, it attracted a much higher caliber crowd.
Also, to the haters, the picture is quite obviously fake.

Geohot has also shutdown his iPhone blog, it is now a private blog, and he also released a statement on Twitter.

i was just having fun but some people had to take this all way too seriously. it’s just a phone, and it isn’t much fun anymore.

my bio isn’t “iPhone hacker” it was just something i did occasionally when i was bored. seriously, i think many of you care way more than me

it was a cool ride, and i’ve learned a lot about a lot. perhaps one of these days i’ll do a more formal goodbye.

George Hotz was responsible for the first unlock for the original iPhone in 2007 and he has released many jailbreaks since then for other models of the iPhone and iPod Touch.