One of the greatest inventions of man is the remote control. I remember the awe when I was a kid when my dad rolled in a TV with a remote control for the first time. The thing that most remotes have in common today is the form factor. They are usually single hand use devices with similarly shaped buttons.

There is good reason for this, most of us have muscle memory for the remote and we don’t even have to look at it to hit the button we want. GenosTV has announced a new universal remote control called the Cyclops that throws that common design out the window, and looks good doing it. 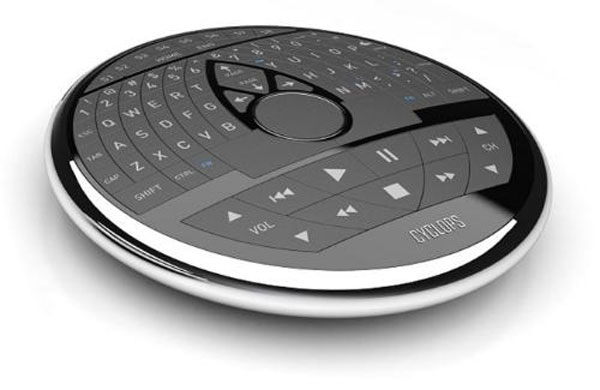 The Cyclops is a round remote that has a QWERTY keyboard built-in along with all those media keys that we expect to find on a remote control. The remote is made to be used with two hands and has Bluetooth connectivity. GenosTV says a version supporting game consoles is in the works and the keyboard can be used on smartphones too. An exact launch date is unknown, but the device has been released to manufacturing in China.