Here’s another fun geeky watch from the guys over at Tokyoflash, the Tokyoflash Waku. 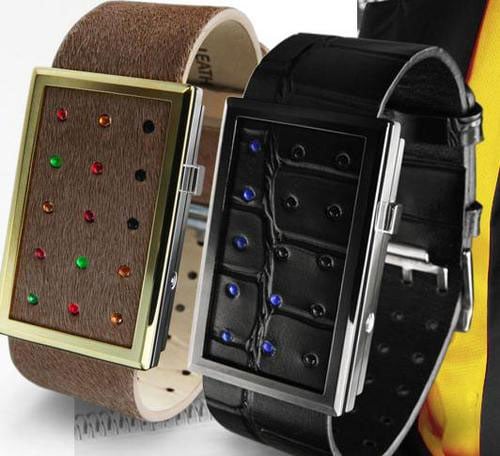 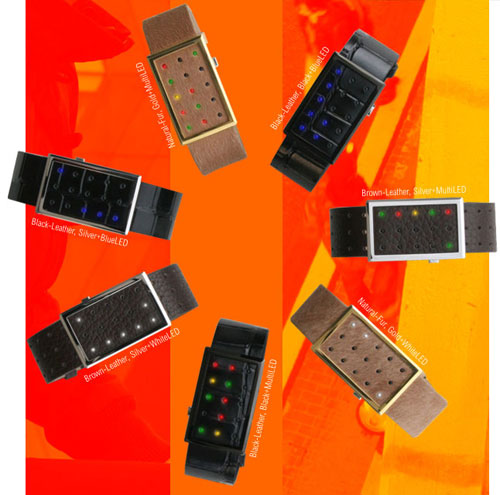 Some of the styles available include, a fur version and various leather versions in different colours.

Touch Waku’s button and a simple animation sparkles before the time is presented in three easy-to-read steps. Hours are shown first, one LED indicates each hour 1-12. Groups of 15 minutes are next, three LEDs indicate 15, 30 and 45 minutes past the hour. Finally single minutes are presented, fourteen LEDs indicating minutes 1-14. Count the LEDs in columns of 5 and reading Waku becomes really easy!

The Tokyoflash Waku is available for $130.77 from Tokyoflash.