The awful news is they come in two variants: 5 and 6 dpi. A creation by a Belarusian designer, the pixelated sunglasses look retro for their conspicuous lack of ergonomics. This means they probably won’t match most outfits today and wearing these compels you to dig up old clothes in your neighbor’s closet. 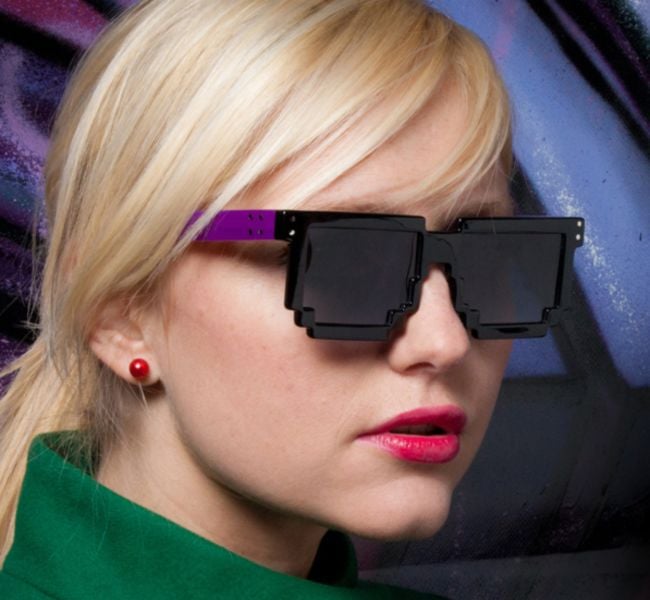 Like most artistes, the designer of these pixilated wonders insists there’s an overbearing agenda influencing the glasses’ look, which is painfully dated.

It would have been better if the glasses were augmented by a gadget, like having a small camera embedded on the frame. A Bluetooth headset wouldn’t have hurt either. It really would’ve made a bigger impression on us if designers who are embarking on eyewear projects try thinking out of the box for a change rather than stick to same old same old. How about reinventing how we wear glasses? Augmented reality displays for lenses? Sexy miniaturized engineering? Where?

The features on the pixel glasses are unfortunately wishful thinking. No gadget here. It’s just the glasses, which may or may not come with lenses for that extra fashionable look.