If you are looking for Christmas gifts for gamers, we have put together a small selection of gadgets, controllers, virtual reality headsets and headphones which have been specifically designed for both console and PC gamers. Don’t forget everything within our Geeky Gadgets Deals Christmas gift guides, offer a considerable discount off the recommended retail price saving you up to 75%. 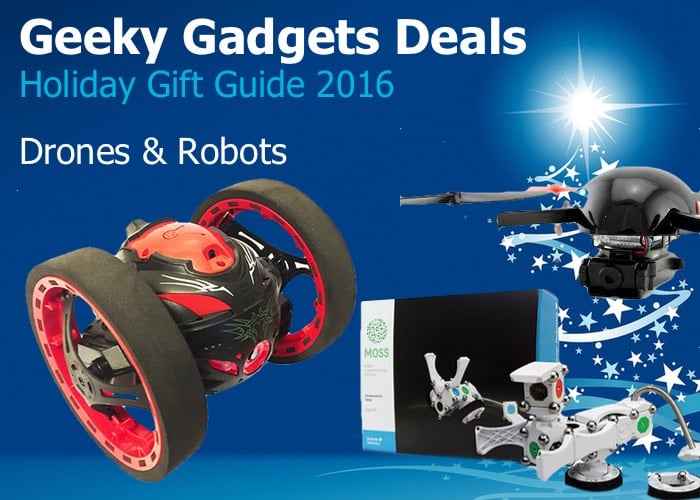 If you are struggling to think of great ideas for presents this holiday season you might be interested in the awesome drones and robots we have available in the Geeky Gadgets Deals store.

Don’t forget everything within our Geeky Gadgets Deals Christmas gift guides, offer a considerable discount off the recommended retail price saving you up to 75% 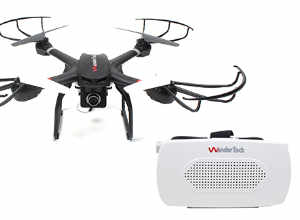 First-person Point of View (FPV) is the next frontier in drone technology, enabling you to attach your phone to the remote control aerial model and see from the drone’s perspective in real time. Optimize the experience with the W407 FPV Headset, virtually placing you right in the action! 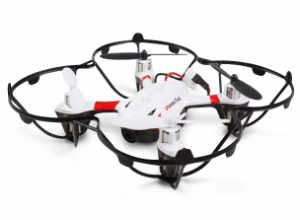 New to drone piloting and not sure the right drone for you? Look no further! With the latest in 6-axis flight control, this drone will have a stable flight while still humming at high speeds. Record incredible aerial views on the HD camera while performing acrobatic rolls with just the click of a button. Extreme photo album anyone? 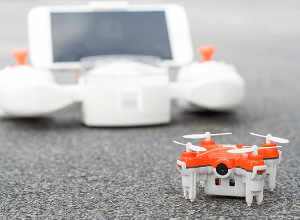 The world’s smallest camera drone boasts an unrivaled flying experience, streaming a real-time first person view of the tightest spaces directly to your smartphone. With adjustable gyro sensitivity and 6-axis flight control system, this tiny drone is easy to control for even the most novice pilots. Heck, if you’re just controller-averse, you can even use your phone as a remote control thanks to on-board WiFi. The skies are waiting! 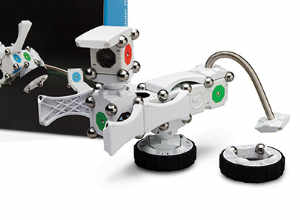 Do you want to build a robot? The MOSS Zombonitron 1600 is the intuitive and elegant construction system that lets you quickly play and experiment with robots. Use steel spheres to connect magnetic robot cubes that pass along power and data, and suddenly you’ve created a free-moving hinge. You don’t need any additional software, just an enthusiasm for robotics, and a big imagination! With this super bundle, you’ll get the Zombonitron 1600, plus four extra packs to expand your robot and creative possibilities. 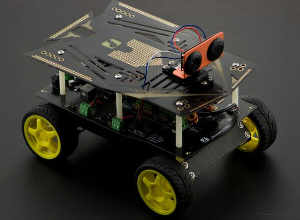 Meet Cherokey 4WD, a versatile mobile platform compatible with most microcontrollers, and the heart and soul of your robotic vehicle. By assembling the included hardware and tuning the software, you will construct a rapid, rugged, outdoor-friendly truck controlled by an iOS app on your phone. Learn to install sensors on the robot to trigger specific movements and actions, and take your newfound Arduino expertise onto limitless future projects. 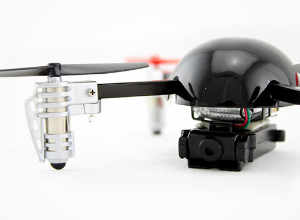 Meet the only micro HD-camera drone in the world that can fly upside down. The Micro Drone 2.0+ is truly in a league of its own, offering a new perspective on aerial photography, and a world of technological capabilities that make flying ridiculously fun. Simply throw it in the air at any angle and its self-correcting algorithm will stabilize for smooth sailing in no time. You’ll stay entertained with flips, rolls, 720p HD videography, and much more. 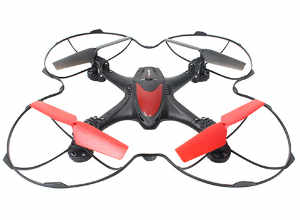 The Nebula Drone is equipped with an HD camera to capture video and snapshots of your aerial pursuits. And since you can watch your drone’s flight in real time, you can get the perfect shot thanks to repeat fly-bys. But don’t just stop at the pictures. The 6-axis flight control system makes for serious high-flying action, including: rolling, diving, and flipping. 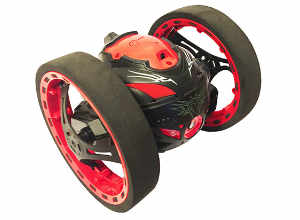 Go off-roading with this incredible land drone, whether that means jumping down the stairs or twisting and turning around the neighborhood. And with the built-in, wide-angle camera, you can capture epic stunts as you jump and kick your way around. The top-notch technology allows you to control or program a series of movements with your smartphone, and even live stream the action via Wi-Fi.