Check out the latest geek watch from Tokyoflash, the Fire Watch. 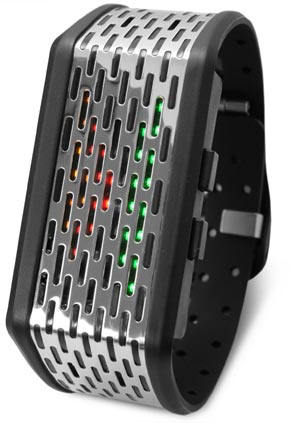 The Tokyoflash Fire Watch features a polished metal sheet on the watch face, which looks like it was inspired by a cheese grater. 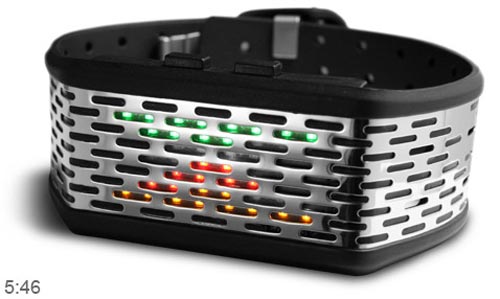 Underneath are coloured LED’s which display the time, although it does look fairly complicated to read.

Each hole, with two LEDs beneath the surface represents one unit of time. Yellow LEDs indicate hours 1-12, red LEDs indicate groups of 10 minutes and green LEDs indicate single minutes 1-9. The exact time telling method is explained fully in the diagram below.

The Tokyoflash Fire Watch is available for $130 from Tokyoflash.