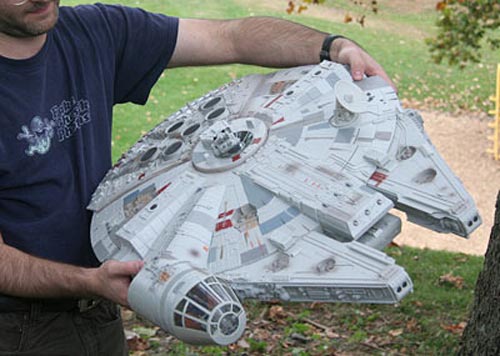 This fun replica of the Millennium Falcon has over 30 movie sounds built in, on top of that it features built in weapon sounds and light up headlights. 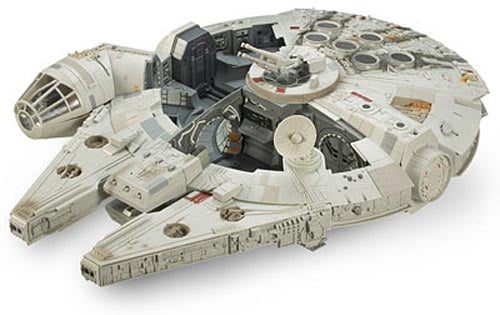 Really, this toy has it all. Loads of movie accurate sounds and lights (the engine start up will even randomly “fail” just like the real ship!), multiple firing projectiles, removable panels for in-ship play, a never-before-made/seen dockable mini-fighter, and bantha-buttloads more. You can recreate virtually every movie scene inside it too, as it’s so roomy. So, gather up your Star Wars figures and clear off your bed – it’s time to play with the big toys! May the force be with you.

Here’s a video of it in action

I had a Millennium Falcon when I was a kid, but it wasn’t as cool as this one with all the built in sound effects, if you want one they aren’t cheap at $229.99, the Star Wars Millennium Falcon is available from Think Geek