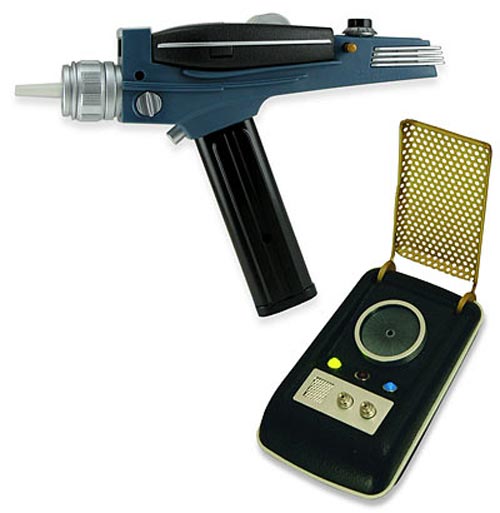 Each phaser and communicator is loaded with lights and sounds and effects from the original Star Trek series. And we mean loaded! From the metal grill and spinning moire pattern of the communicator to the removable Type I phaser (that still has lights and sounds), this set feels like you just jumped someone on the Enterprise and stole their gear.

The Stark Trek Phaser and Communicator set is available for $39.99 from Think Geek