Apple has released a new update for their GarageBand iOS App this week which brings with new tweaks, enhancements and of course the obligatory bug fixes.

Together with these, Apple has also now included support for Audiobus, that allows you to play and record using other music apps supported by Audiobus directly into the GarageBand iOS App. 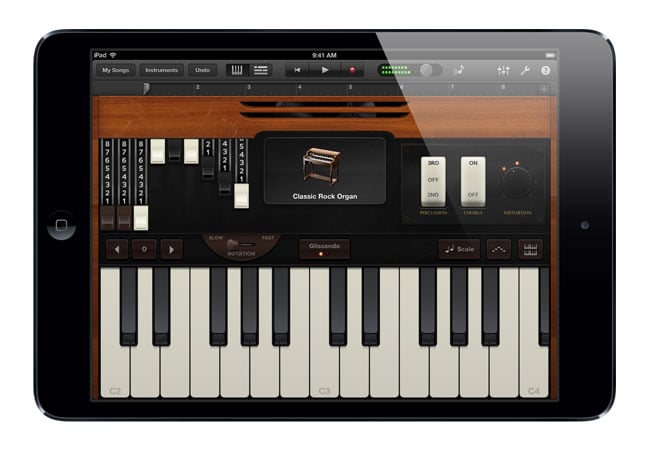 If you haven’t already downloaded the GarageBand iOS App, the latest version is now available to download from the iTunes app store for $4.99

“GarageBand turns your iPad, iPhone, and iPod touch into a collection of Touch Instruments and a full-featured recording studio — so you can make music anywhere you go. Use Multi-Touch gestures to play pianos, organs, guitars, drums, and basses. They sound and play like their counterparts, but let you do things you could never do on a real instrument.

Enjoy a range of Smart Instruments that make you sound like a pro — even if you’ve never played a note before. Plug an electric guitar into your iPad, iPhone, or iPod touch and play through classic amps and stompbox effects. Gather your friends to play and record like a real band with Jam Session.* Use the built-in microphone or a guitar to record or capture any performance. Then mix up to eight tracks to create a song you can share in email or send directly to Facebook, YouTube and SoundCloud.”