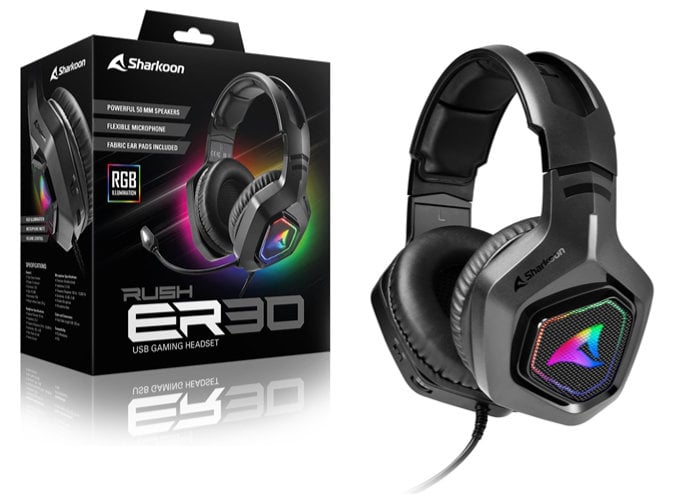 Sharkoon has announced the launch of its new affordable gaming headset in the form of the RUSH ER30, offering a wired USB connection and priced at just €30. The Sharkoon RUSH ER30 headset is the fourth in the series does away with any unnecessary ballast and again just focuses on those things that are important for smooth communication while gaming, says Sharkoon. 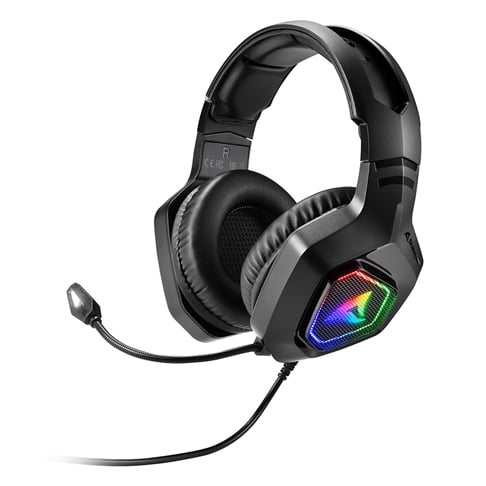 “With its large, high-performing 50-millimeter drivers, the circumaural stereo headset should be able to deliver an impressive sound with powerfully transmitted bass tones, and so provide a convincing feeling of being in the middle of the action.”

“For the RUSH ER30, we threw all the extras overboard which were not needed and combined only the things that gamers truly desire in a modern headset: a rich sound with clear voice transmission, an adjustable fit for sustained comfort during long gaming sessions, and a modern, angular-edged gaming design, which contains a multi-colored highlight. The whole package is made complete with user-friendliness, intuitively reachable controls and a supplementary pair of textile ear pads .” 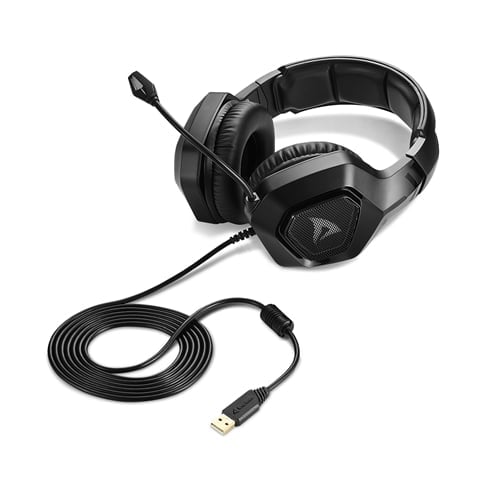 Features of the Sharkoon RUSH ER30 gaming headset include :

– Smooth Communication – For effective strategic moves and to avoid any misunderstandings, the microphone can be muted and can also be flexibly adapted to individual needs to enable clear voice transmission at all times.

– Easy Usability – Thanks to its USB connector, the RUSH ER30 is “Plug & Play” and is quickly ready to use, allowing the user to fully concentrate on immediate events. The volume and microphone mute can be controlled simply and intuitively on the left earcup. Thanks to the generous 220 centimeters of cable length, the headset should also be able to reach to the sofa for comfortable use at home.

– Distinctive Design with RGB illumination – Like its predecessors, the RUSH ER30 aims to make its mark with a distinctive look, presenting itself in a recognizably modern design. For the first time in the series, this model has been equipped with an illumination to provide a focal point of changing colors.

– Lasting Comfort – With its adjustable headband as well as the supple synthetic leather ear pads, the RUSH ER30 has been made for comfortable wearing. According to the manufacturer, the ear pads can be replaced by the fabric ones, which are also included with the headset, in a matter of seconds. The fabric ear pads are breathable and should thus be optimal for wearing during heated gaming sessions.