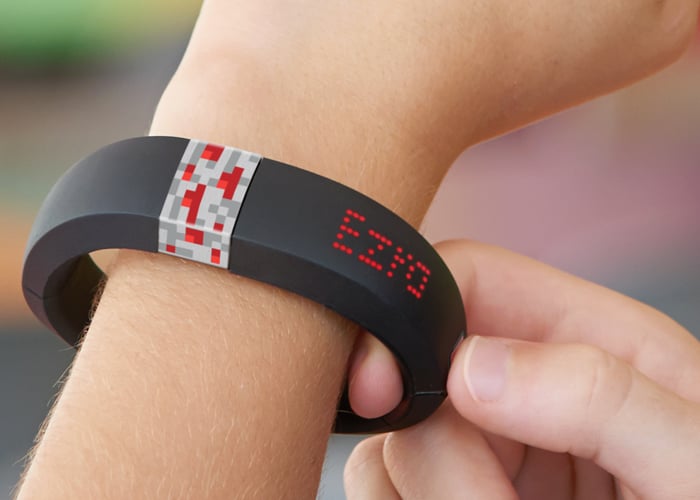 Minecraft players that would like a convenient way to transport their Minecraft world with them wherever they may go, might be interested in a new wearable device called the Gameband.

Its developers have this week announced the launch of a new wearable device to their range that has been built specifically for Minecraft players, allowing them to take their Minecraft worlds and the game itself anywhere they might adventure.

The Gameband features software that will automatically saved live Minecraft creations directly on to the wearable Gameband as well as backing them up to the Gameband secure cloud-based servers, just incase you might displace the band.

Other features of the Minecraft wearable enable you to share your own messages, images, and animations for the Gameband LED display as well as being able to tell the time and store extra files and media that can easily be transferred suing a USB connection whenever needed.

“Gameband Minecraft is the first-ever Minecraft wearable. Gameband Minecraft lets you take your Worlds with you and play Minecraft anywhere, anytime — on any computer. Featuring ultra-fast, long-lasting hardware, Gameband saves your Worlds and also backs them up onto our secure, cloud-based servers. Lose it? Contact us and order a replacement with all your data intact.”

Gameband comes pre-loaded with maps from Dragnoz, Hypixel and SethBling and is now available to purchase for €99 directly from the Gameband store via the link below, as well as retails stores such as Newegg, Best Buy, GameStop and Target.