A demonstration of the new combat system within the upcoming Game of Thrones RPG game currently being developed by Cyanide Studios, and based on the famous universe from George R.R. Martin’s saga and the HBO television series. 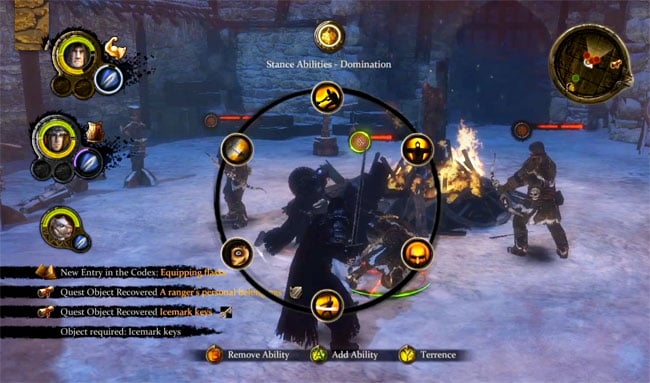 Game of Thrones RPG will be launching on PlayStation 3, Xbox 360 and PC during the first quarter of 2012 say Cyanide Studios, so not much time left.

“To defeat them, you will have the ability to slow down time during combat to analyze, anticipate and adopt the best strategy to attack or defend yourself. You can plan multiple special attacks for each of your playable characters and activate them at the right moment to amplify their effect. A large selection of armor, weapons and skills will be at your disposal, based on the choice you made for each of your character’s classes and abilities.”

For more information on the new Game of Thrones RPG game visit the official website for details on the combat system shown in the video below, as well as the different classes, and the hundred available skills. Enjoy!