GAEMS has partnered with Microsoft to create a new G155 Sentry Xbox 360 suitcase, which they will be showcasing at the E3 gaming exhibition later this week. The Electronic Entertainment Expo (E3) in Los Angeles, run from June 5th to 7th. 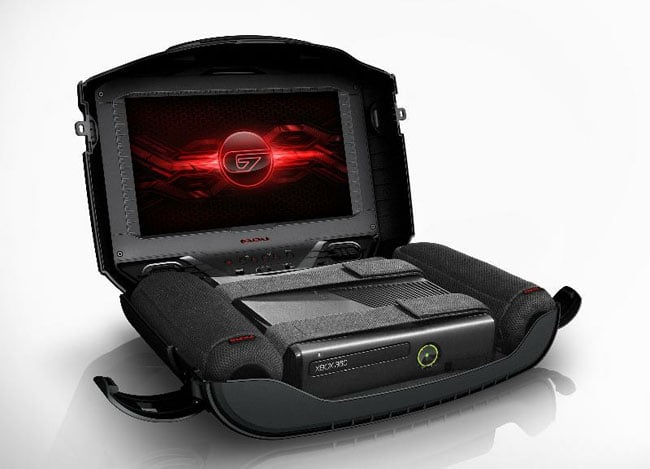 The GAEMS G155 Sentry Xbox 360 suitcase has been created to allow gamers to carry and enjoy their Xbox 360 console whilst on the move, and is a “self-contained personal gaming and entertainment environment” says GAEMS.

“GAEMS recently partnered with Microsoft and will unveil the new G155 Sentry, a Microsoft-licensed device that provides individuals and families with a completely customizable personal entertainment solution to enjoy games, DVDs or even stream media like Netflix*, HULU* or YouTube* anytime and just about anywhere.”

At E3 this week GAEMS will also unveil three new accessories enabling users to transport their consoles. The Sentry Sling, the PGE Battle Bag and the PGE B.O.T. As well as announcing their latest creation, code named Project Vanguard.