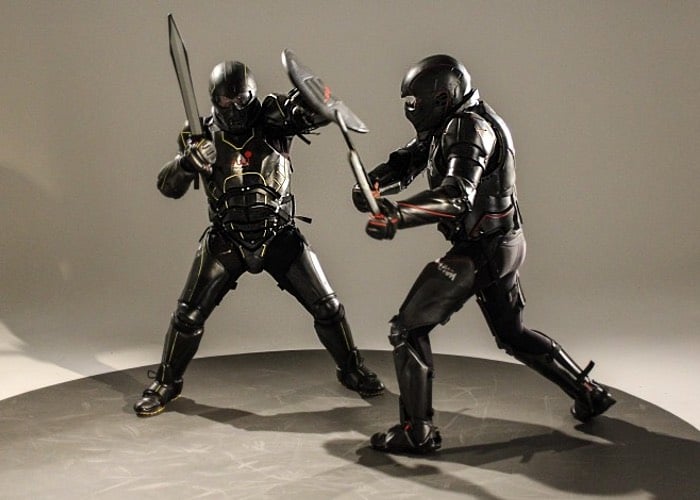 A new sport may soon be hitting our screens soon thanks to the development of a new body armour that allows fighters to engage in full contact weapon fighting, becoming high-tech gladiators fighting each other with full-contact blows.

Unified Weapons Master allows those trained in martial arts to fight each other using full contact weapons to a virtual death. Watch the video below to learn more about this new sport that is expected to launch sometime during 2016. 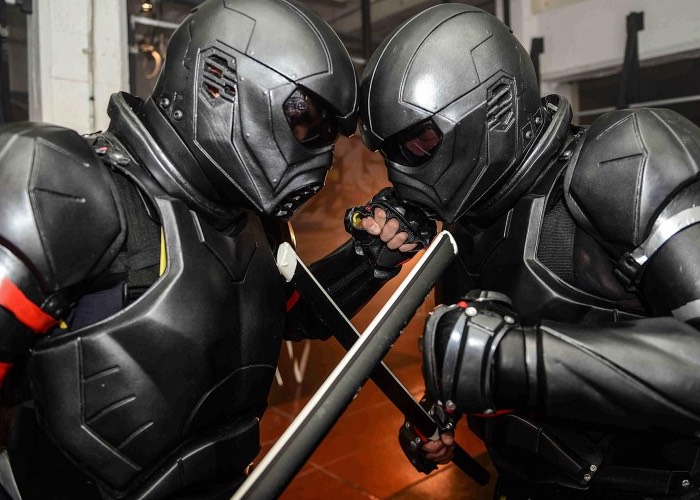 The new sport Unified Weapons Master is a bloodless way for two martial art experts to battle it out with their choice of weapon. The armour is equipped with a variety of different sensors allowing the suit to record the hits taken and reduce a fighter virtual health bar accordingly. Watch the quick two minute video below to learn more.

Gizmag explains : “Two expert martial artists, clad head to toe in high-tech articulated armor, going at each other full force with ancient and modern weapons. Staff against nunchuk, Kendo against Kali – the flag drops, the bullshit stops. An all-out, to-the-virtual-death contest to decide who is the greatest weapons martial artist in the world, and which fighting styles are more flash and form than function.

That’s the concept behind Unified Weapons Master, a futuristic new gladiator sport being developed out of Sydney, Australia. It’s the first fighting sport that will be able to give its fighters a virtual health bar to show how much damage they’d be taking if they weren’t in armor.”