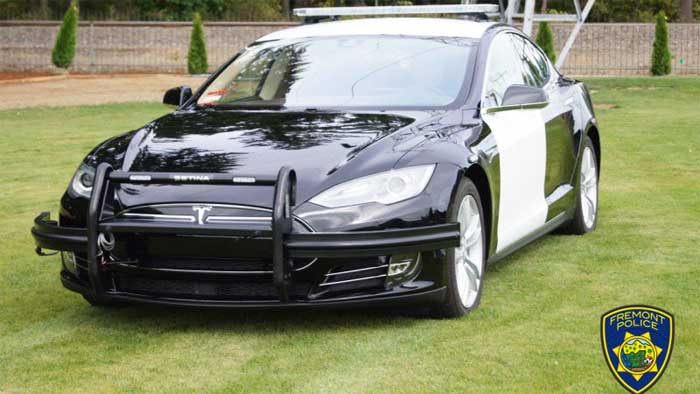 The costs of fuel and maintenance for police cars are massive for cities and states all around the country. The police department in Freemont, California is currently testing a Tesla Modle S police cruiser. The car was purchased used and is a 2014 Model S 85.

The ride cost $61,478.50 and replaced a 2007 Dodge Charger that was set to be taken out of service. The car is set to be outfitted with all the gear officers need like flashers, bumpers, and so on that will add nearly $5,000 more to the cost.

The police department has three charging stations that are powered by solar energy. The department says that a standard cruiser outfitted for work, like a Ford Explorer, costs $40,000. The Tesla is more expensive but could save $32,000 in fuel costs over five years and an additional $15,000 in maintenance costs.