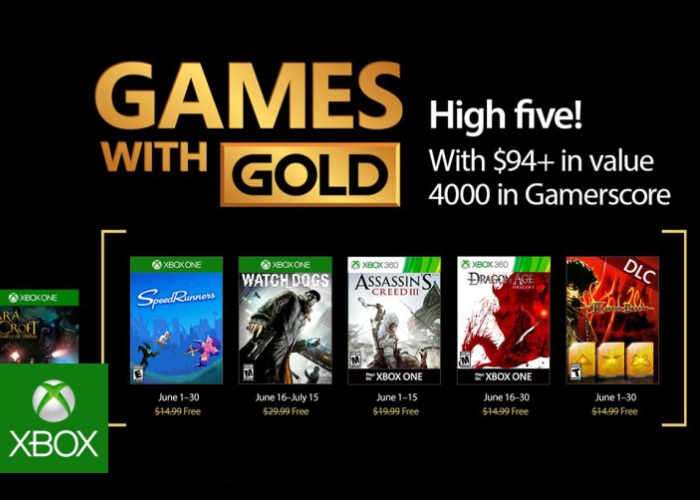 Major Nelson has today announced next month’s free games that will be available to Xbox Live Gold members thanks to the Games with Gold service. Which next month offers titles such as Speedrunners and Watch Dogs. Bonus DLC for Phantom Dust on Xbox One as well.

Check out the video below to learn more about each titles which will be available for free during June 2017 and kicks off with the Assassin’s Creed III, followed by Dragon Age: Origins. June’s lineup provides over $94 dollars in value and up to 4000 gamerscore, says Microsoft.

Play together with Xbox Live Gold. June’s 2017 Games with Gold lineup for Xbox One includes: Speedrunners and Watch Dogs. Bonus DLC for Phantom Dust on Xbox One as well. For Xbox 360 owners (and through Xbox One backward compatibility), June kicks off with Assassin’s Creed III, followed by Dragon Age: Origins.