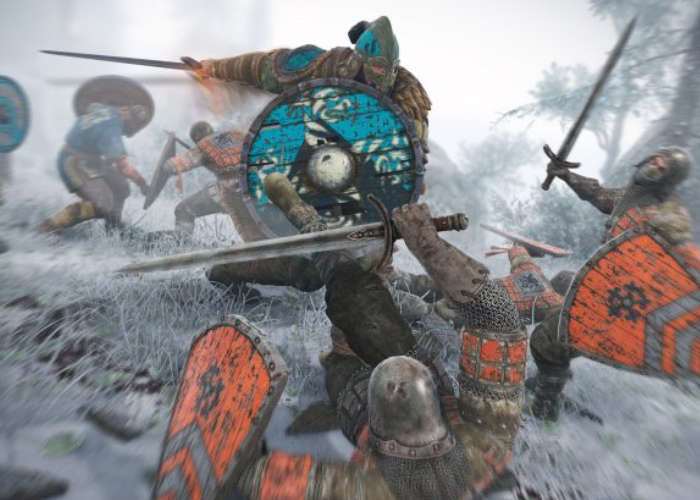 Starting August 10th PlayStation Plus members will have an exclusive weekend that allows them to try out For Honor for free until August 13th 2017. Engaging in dangerous melee combat.

For those not familiar with For Honor, its a hack and slash fighting game published by Ubisoft for Microsoft Windows, PlayStation 4, and Xbox One.

Chris Watters from Ubiblog explains more about the free weekend which is being made available for PlayStation Plus members to try out the new For Honor game for free :

Yes, it’s true. From August 10-13 PlayStation Plus members will be able to download and play For Honor for free on PS4. Free! This is the full game, mind you — the whole kit and caboodle. It’s all of the intense multiplayer action across five modes, as well as the entire campaign (playable solo or in online co-op) that immerses you in the age-old war among the Knights, the Vikings, and the Samurai. Every map and every hero will be available as you take up arms and test your skills in the innovative melee combat system. And you can get a head start by pre-loading the game beginning on August 7 at 9:00 PM Pacific.

Whether you’re slicing enemies with a steel katana as the Samurai Orochi or wielding a shield and a vicious flail as the Knight Conqueror, each hero has a unique weapon and fighting style that makes them a force to be reckoned with. The basic tutorial will help you find your footing, and we’ve got a few more tips to help you hit the ground running.