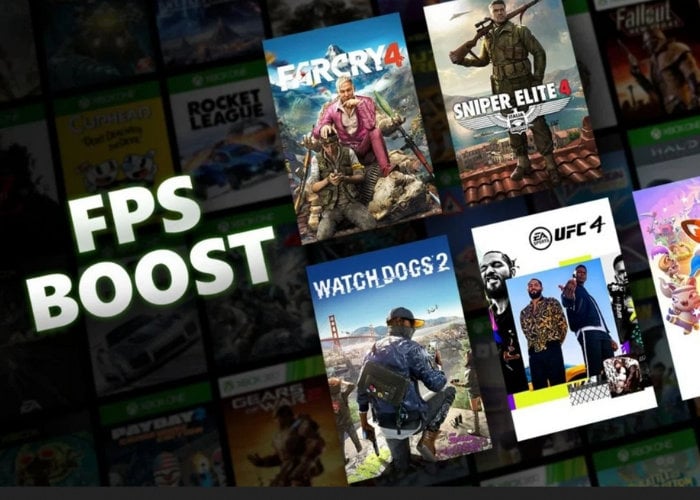 Xbox gamers will be interested to know that Microsoft has today announced the FPS Boost Mode for Xbox Series X and S consoles. The first assortment of backward compatible titles that will support FPS Boost on the Xbox platform are available from today and take the form of : Far Cry 4, New Super Lucky’s Tale, Sniper Elite 4, UFC 4, and Watch Dogs 2. The FPS Boost Mode mode is an internal Microsoft solution that requires no work from developers, Microsoft explains a more in today’s press release.

“We chose this initial collection of titles not only because they are popular among fans, but to highlight several different ways that FPS Boost can improve your experience. For example, New Super Lucky’s Tale can now run up to 120 frames per second (fps) and UFC 4 delivers improved framerate performance specifically on Xbox Series S and can now run at 60fps.

This is just the beginning. We will announce and release more titles featuring FPS Boost soon, as well roll out new menu icons and system settings in an upcoming system update. Starting this Spring, you can go into the “Manage Game” section for any title, where you’ll be presented with a new “Compatibility Options” button that will allow you to toggle FPS Boost (as well as Auto HDR) on or off. There will also be a new indicator informing you when a game is running with FPS Boost whenever you hit the Xbox Button on your controller. You decide how you want to play your favorite games, whether in its original form or with FPS Boost.

FPS Boost doesn’t only benefit gamers who own these titles – you’ll be happy to hear that many of these upcoming FPS Boost games will be available in Xbox Game Pass. From this initial release of updates, New Super Lucky’s Tale and Sniper Elite 4 are currently available with Xbox Game Pass. We’re very excited for fans to experience FPS Boost and in the coming months, we’ll be announcing more and more games that support this function.”