A number of company’s are working on driverless cars, which include Google and various major motor manufacturers, Apple has also been working on integrating their iOS devices with cars.

As yet we have yet to hear any plans from Apple on any sort of driverless vehicle, and now filmmakers John Dabrowski and Mark Odlum have put together a fun video of what driving your car with a new version of Apple’s Siri would be like, they have called the app Steeri. 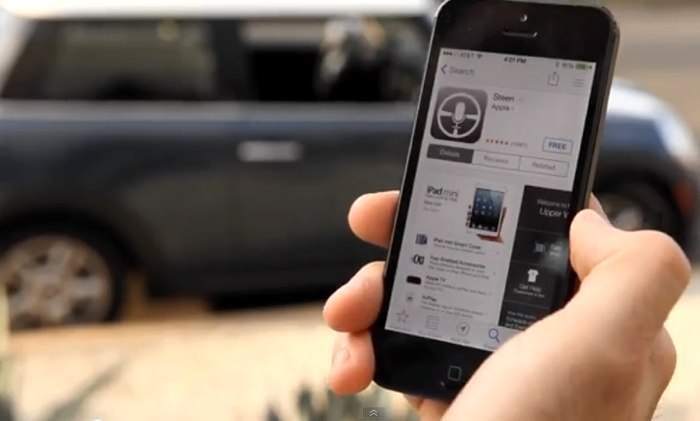 “We kept hearing about this Google ‘Driverless Car,’ right around the time Siri was becoming popular, and John happened to go for a ride in his friend’s new car,” Odlum said. “They decided to test out the fancy voice-activated navigation system. It didn’t work, and immediately tried to send them to Iceland — no kidding.”

Let hope Apple does not end up developing an app like this one to drive our cars in the future.