Ford builds some of the most popular police cars used around the US and the world. The automaker has announced that it will now offer ballistic panels on the Police Interceptor Sedan and utility that are capable of resisting armor piercing rounds. The ballistic panels that can be optionally fitted to the vehicles are Type IV panels. 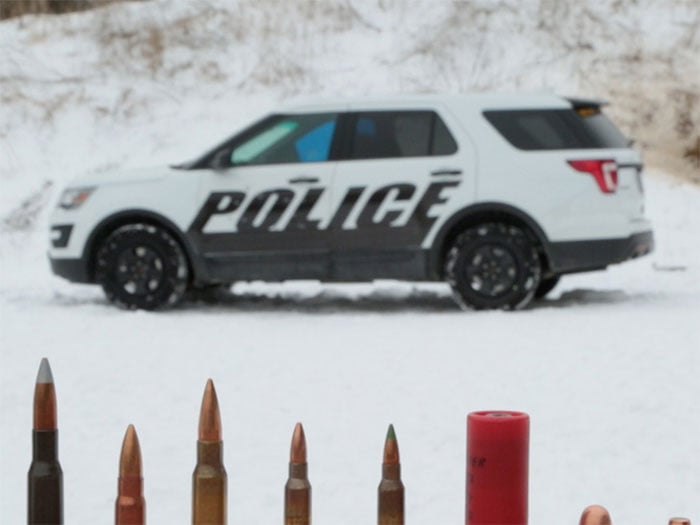 They are able to withstand up to .30 caliber armor-piercing rifle rounds. The panels meet US DoJ requirements for withstanding certain types of rifle ammunition for up to, “Type IV hard armor or plate inserts shall be tested in a conditioned state with .30 caliber armor piercing (AP) bullets (U.S. Military designation M2 AP) with a specified mass of 10.8 g (166 gr) and a velocity of 878 m/s ± 9.1 m/s (2880 ft/s ± 30 ft/s).”

Previously Ford offered Type III ballistic panels in its cars that could stop non-armor piercing bullets up to .30 caliber. Armor plating is optional in all Ford police interceptor vehicles. Ford also fits its interceptor vehicles with special suspensions, brakes, wheels, and unique interiors. The cars are also designed to be upfited to meet police specifications.