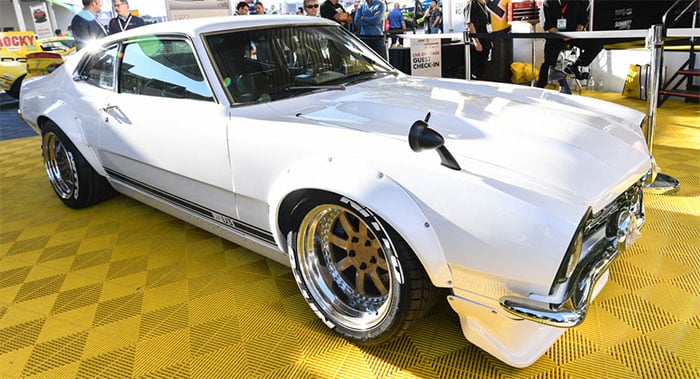 Sung Kang is an actor best known for his turn in the Fast and Furious franchise. He has teamed up with students from a California high school to build an epic car called Project Underdog. The result is a Maverick that looks like it came right off the set of one of Kang’s films.

The body work on the car is said to be new with flared wheel arches, custom front bumper, black mirror on the fenders, and deep dish gold wheels. The original Maverick engine was ditched and in its place hides a 2.3L EcoBoost from the current Mustang.

Ford liked the car so much they gave it a design award. The final product is definitely cool, I hope that EcoBoost has been massaged for more power. I’d like to think it runs as good as it looks.