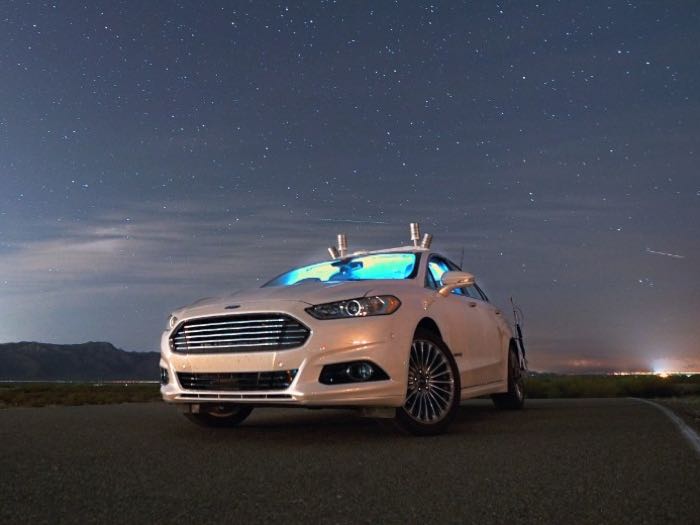 The company is testing out their autonomous vehicles at night time without any headlights, you can see the car in action in the video below.

Driving in pitch black at Ford Arizona Proving Ground marks the next step on the company’s journey to delivering fully autonomous vehicles to customers around the globe. It’s an important development, in that it shows that even without cameras, which rely on light, Ford’s LiDAR – working with the car’s virtual driver software – is robust enough to steer flawlessly around winding roads. While it’s ideal to have all three modes of sensors – radar, cameras and LiDAR – the latter can function independently on roads without stoplights.

“Thanks to LiDAR, the test cars aren’t reliant on the sun shining, nor cameras detecting painted white lines on the asphalt,” says Jim McBride, Ford technical leader for autonomous vehicles. “In fact, LiDAR allows autonomous cars to drive just as well in the dark as they do in the light of day.”

You can find out more details about how Ford’s autonomous vehicle technology is progressing at the link below.