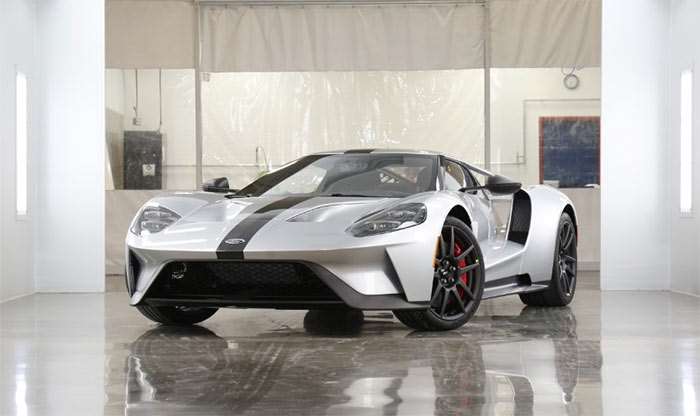 Ford has officially unveiled a new flavor of the Ford GT supercar and it is called the Ford GT Competition Series. The car focuses on weigh savings for serious track enthusiasts. The limited edition model has carbon fiber racing stripes, a-pillars, and side mirrors. It also has a unique Perspex acrylic engine hatch and bulkhead Gorilla Glass.

Inside the car gets exposed carbon fiber trim and an Alcantara suede interior with red accents. The engine has 647 hp and that bulkhead Gorilla glass is about half as thick as it is on other models. The car kept the FIA certified steel roll cage.

Standard on the Competition series are carbon fiber wheels and titanium lug nuts and exhaust. Parts not needed for performance are removed including the air conditioning system, radio, speakers, storage bins, and cupholders. The competition series will come in all six Ford GT colors. Availability is in North America for all announced production years.