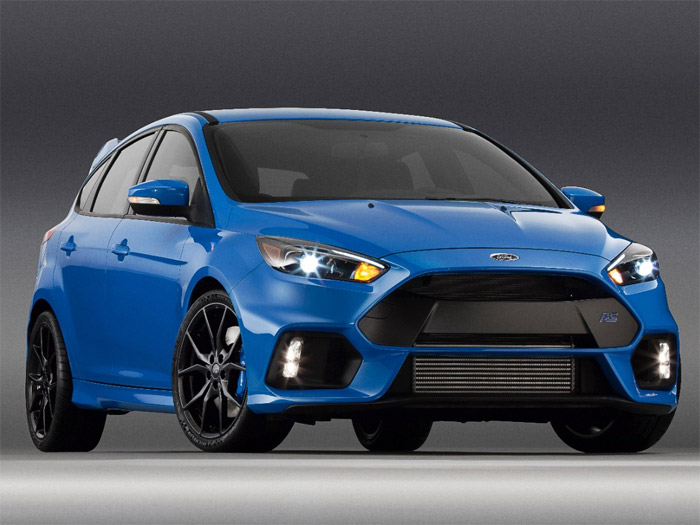 Ford has finally stopped playing coy with the power numbers for the awesome Focus RS that debuted in North America back in March. At the time all Ford would say was that the car would have more than 315hp. The skeptic in my figured that meant 320hp. Ford has confirmed that power number for the Focus RS to be 345hp, that should be plenty of grunt to make the Focus RS a very fun car to drive.

HP is only part of the story with the Focus RS, the car also makes a good bit of torque with 324 lb-ft. An overboost function can bump that torque output to 347 lb-ft for up to fifteen seconds at a time. That extra torque will be great for getting out of corners quickly when needed. Power comes from a 2.3L EcoBoost of the same type under the hood of the new Mustang.