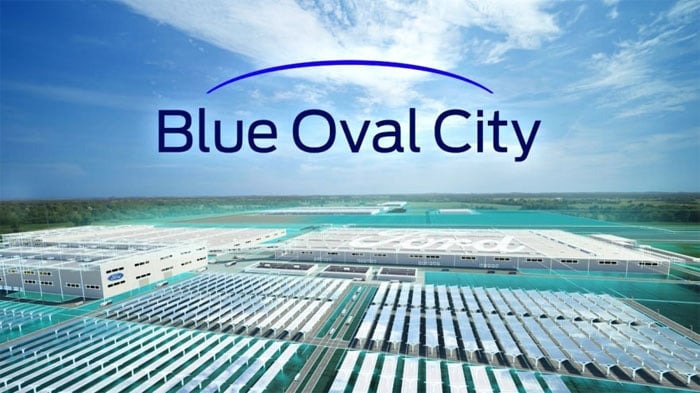 The automaker has said that the new production facility is its largest, most advanced, and most efficient complex in the Ford brand’s 118-year history. Blue Oval City is being constructed on a six square mile site in western Tennessee. The facility will be used to build next-generation electric F-Series trucks along with advanced batteries.

Ford has also confirmed a new BlueOvalSK Battery Park would be built in central Kentucky, consisting of twin battery plants to provide batteries for new Ford and Lincoln electric vehicles. The battery plant will have an investment of $11.4 billion and create nearly 11,000 new jobs. A total of three new battery plants are being constructed that will enable a combined 129-gigawatt hours of production capacity specifically for Ford.