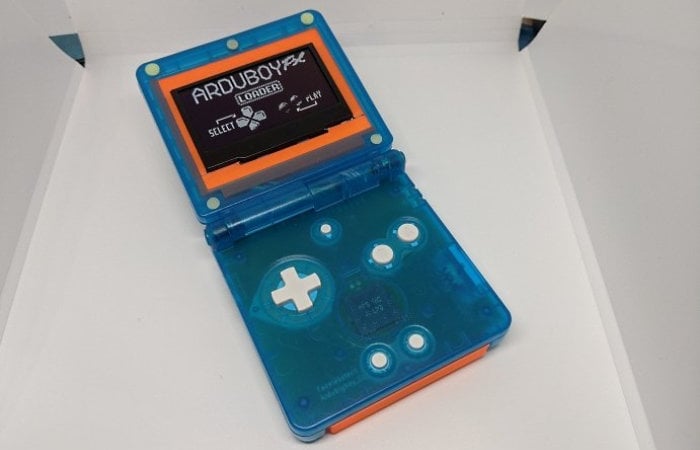 Makers, gamers and Arduino enthusiasts looking for a new project to keep them busy this weekend may be interested in a new folding Arduboy pocket handheld games console equipped with a 2.42 inch OLED screen. Powered by an Arduino Pro Micro board inside a Gameboy Advance SP shell. Check out the video below to learn more about the Arduboy project and how it differs from the first created by the FacelessTech blog. 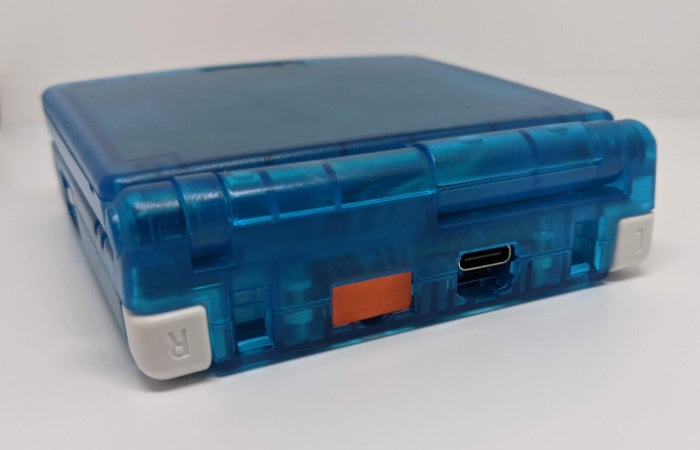 “I have already made a homebrew arduboy but I didn’t like the small screen. I looked around to see if there was a bigger screen to use. I found that you can use a SSD1309 OLED 2.42″ screen with a arduboy. I was going to put it in a Gameboy Advance shell but the someone beat me to it. I decided to go for a Gameboy SP shell. Join me below to see if I pulled it off.”

“When I made the last arduboy I had trouble with the DC DC Boost with this one I optioned for a super small DD0505MD, Its only rated for 250MA but the arduino pro micro doesn’t draw much power so it was the prefect fit. I found a battery that would fit in the battery bay, at 650mah it will give the arduboy hours of battery life. The charger I used was the classic TP4056 with a USB C port, I wanted to put the USB C port where the charge port where at the back of the case.

I couldn’t use the charge port hole because that’s where the original ribbon cable of the screen went and that is where I would be soldering the new screen too so I had to put it coming out of the EXT port but the TP4056 charger wouldn’t fit up there so I had to just put a USB C female port that was connected to the charger.”