A German visual effects company OMSTUDIOS had created a fantastic octocopter flying drone named the OM-Copter which is capable of carrying a Red Epic camera to new heights.

The new flying drone has been specifically designed to replace the need for renting a crane or the prohibitive costs of an actual helicopter and can lift the Red Epic camera to a height of 150m. Enabling filmmakers to combine the performance of the RED Epic with the versatility of an octocopter. Watch the video after the jump to see it in action. 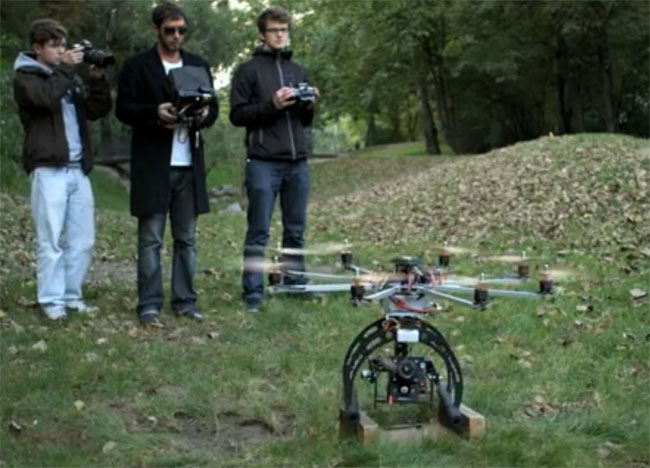 The OM-Copter is ready for take-off within just 15 minutes and can also be used in closed quarters and it’s extreme agility. Its controlled by remote and is able to record footage in resolutions up to 5K using the Red Epic camera.