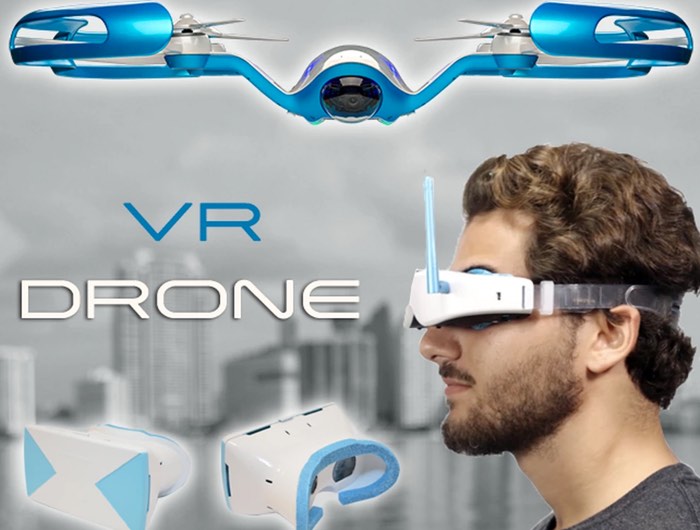 The new FLYBi Drone Has taken to Kickstarter this month to raise the $50,000 it requires to go into production and after just a few days is very close to passing its pledge goal with still 34 days left remaining on the campaign.

The FLYBi Drone has been designed to provide the world’s first drone which is equipped with a camera and is capable of tracking the pilot’s head movements and streaming the drones view directly to a pair of virtual reality goggles.

Check out the video below to learn more about this innovative new virtual reality controlled drone which is taken to kickstart and being created by Advance Robotix.

The camera on the drone mirrors your head movements allowing you to look around and explore from the skies. Sensors on the drone, combined with cutting edge obstacle avoidance technology, ensure that your FLYBi avoids physical contact with any objects, keeping your flying safe and easy.

Share your aerial adventure with others through live video streaming, via the FLYBi VR app! Anyone can strap their smart phone into the virtual reality goggles, and jump on board. The APP becomes the aerial version of Periscope! Now you can share live footage from the drone via the FLYBi VR app. With the Virtual Reality Goggles and the app, anyone can jump right on board and watch your flight in action.

For more information on the new FLYBi Drone jump over to the Kickstarter website for details.