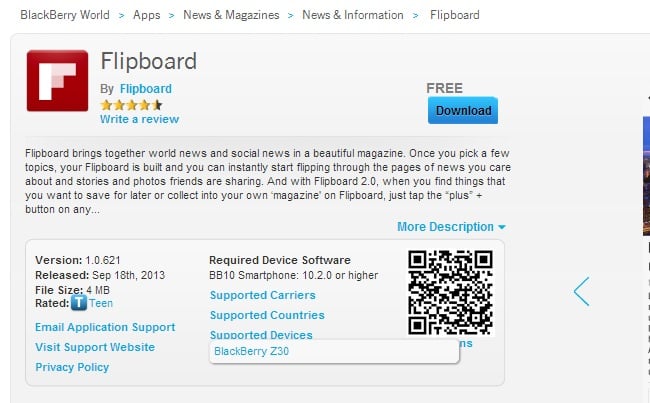 The system requirements section of the application clearly states that it requires BB OS 10.2 or higher, which means that you must own a Blackberry Z30 that was announced earlier this week. Oh! Wait, the device is expected to launch next week in UK and Middle East. Currently, the handset is up for pre-orders of Selfridges and Carphone Warehouse in the UK with an expected shipment date of end-September. This means that there is hardly any user who owns a Z30 at this point.

Currently, there are only four BB10 devices including Z30, Z10, Q10 and Q5. Out of these four, three are running operating system lower than BB OS 10.2; however, all these devices are expected to get Blackberry 10.2 update by mid-October. It could be delayed due to carrier testing so you should expect the update to hit your device sometime in November, or maybe earlier if you’re lucky.