Since its launch the photo sharing website Flickr has made very few changes to its site design. But now to give the site a refresh and help it compete with other photo sharing sites, Flickr will soon be receiving a new website deigns together with a few other new features. The new Flickr interface design will be arriving on the site next week on February 28th. 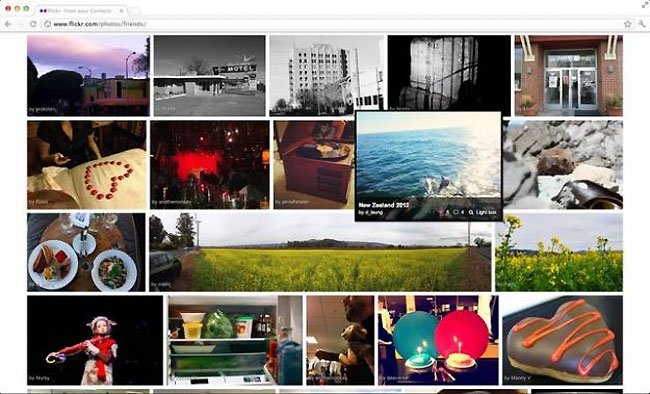 The new Flickr site design pictured below, which will use a new photostream to resize images to make them conform to the new rows layout. Titles and captions have been completely removed and will only show when users hover their mouse over an image.

The new design will work well on mobile devices such as tablets and is hoped will enable Flickr to compete with other photo sharing websites such as Picasa, 500px, Instagram, together with social networks such as Facebook and Google+ who also have great ways to share photographs.

Earlier this year Flickr also introduced a new pricing structure adding a new Flickr Pro account for $6.95 for three months of service. With the prices of a two-year subscription reducing down to $44.95, saving you $5 on the previous price.

What are your thoughts on the new layout?