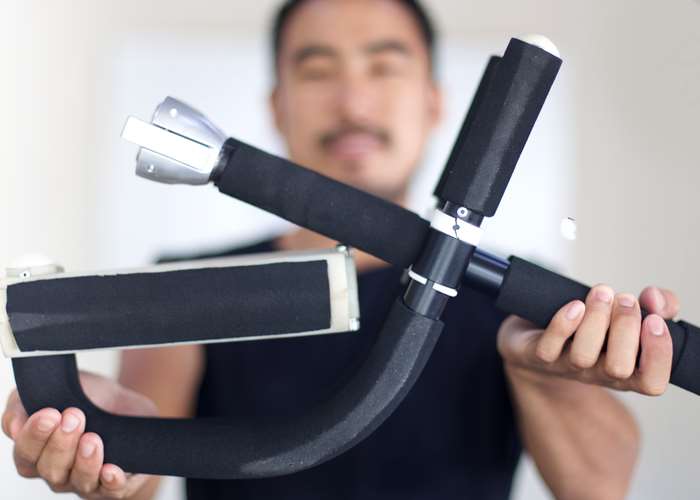 Anyone looking to stay fit while travelling or away from home or their local gym, may be interested in a new versatile, folding pullup bar which has been specifically designed to be travel-friendly and allow you to work out wherever you may be.

Watch the demonstration video below to learn more about the FLEXR pullup bar, created by Derek Pankaew and Eric LaFleche based in New York. The Flexr pulp bar functions just like any other pullup bar, with one big difference, once you finish your workout, it folds up to a form that’s compact and easy to store and transport.

Traditional pullup bars are bulky, difficult to store, and impossible to travel with. It’s a bulky contraption that people handle with difficulty. It’s something people have tolerated for too long – no more! Keeping up a consistent workout routine is difficult enough. It’s even harder when you have to stop and restart your workout routine. Every time you break your routine, it makes it much more difficult to get things started again. Most people have to break their routine when they go traveling.

That’s why I wanted to have a pullup bar that I could carry with me no matter where I went. Having a pullup bar that you can take with you anywhere you go makes it easy to keep up your routine – whether you’re at home or in Africa.

FLEXR is now available to back via Kickstarter with early bird pledges starting from just $49 and delivery expected to take place during January 2018. For full specifications and more information jump over to the official Kickstarter campaign page via the link below.