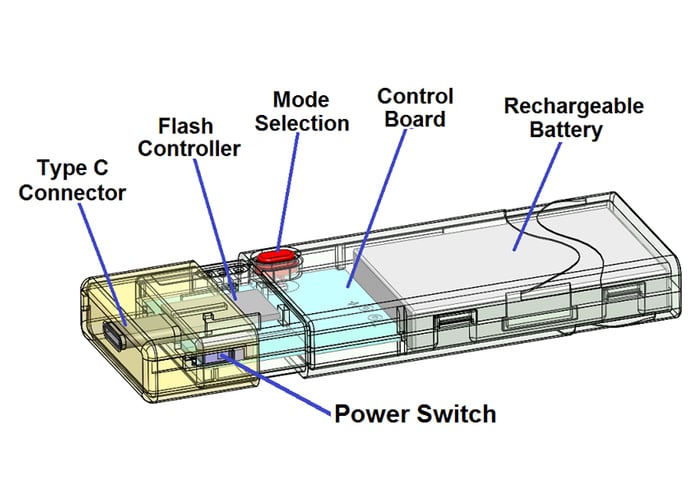 Tek Maker has designed and created a new flash drive with integrated emergency battery pack and USB-C connector. Watch the demonstration video below to learn more about the new flash drive specifically designed for Android and PC systems, allowing simultaneous data access and power transmission with a single connector.

“A flash drive is convenient to carry and used to save files. What else can a flash drive do ? Nothing ? That’s it ? Nowadays, the PCs and smart phones are the major devices for our daily works. Subsequently, we need the flash drive to make a copy and the power bank to charge our hand phone once in a while. So, how about having the two together ? A flash drive with an extra battery to charge the smart phone. “

The PowerFlash drive is now available to back via Kickstarter with earlybird pledges available from $26 or roughly £20. If the Kickstarter campaign is successful worldwide shipping will start during June 2019. “A power switch locates on a lateral side of the product. Power and system will be actuated when the sliding cover is pushed in, and the type C connector shows up. The PowerFalsh is on default mode-1 when it turns on. Plug the PowerFlash male connector into the computer’s socket. The PC will recharge the PowerFlash automatically, and one can copy files at the same time. ”