According to ZDNet, the Home Shopping Network started offering Windows 8 PCs over the weekend, with a total of five different Windows 8 PCs available, and apparently the devices are ready to ship once ordered. 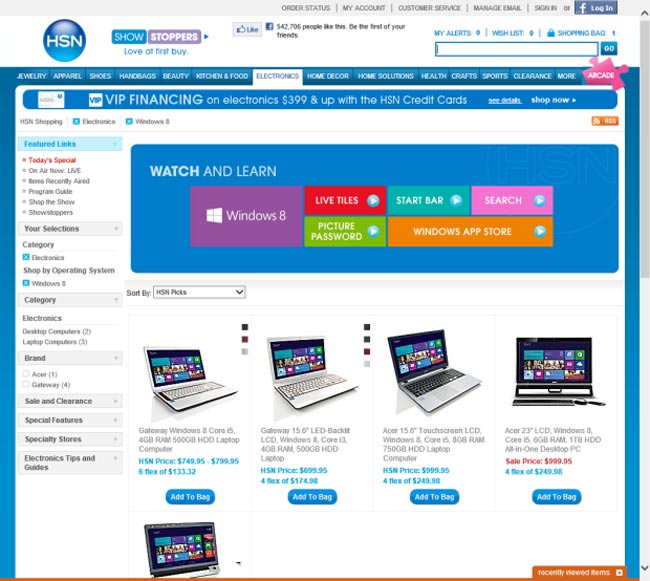 It looks like some of the models available are loaded with bloatware, according to both Zdnet and Gizmodo, why these companies feel they have to install this stuff on PCs is anyone’s guess.